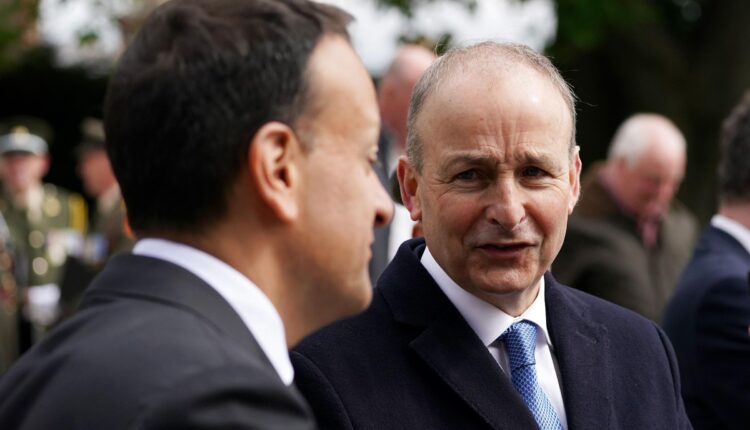 The Irish premier has said that the Democratic Unionist Party (DUP) is wrong to place conditions on the return to power-sharing in Northern Ireland.

The unionist party, led by Sir Jeffrey Donaldson, has insisted that it will not form an Executive until issues with the Northern Ireland Protocol are resolved.

Taoiseach Micheal Martin said that the Northern Ireland Protocol, a post-Brexit arrangement to avoid checks on the island of Ireland, was not the dominant issue in the Assembly election.

The election was won by Sinn Fein in a historic victory, with the party taking over the DUP to become the first nationalist or republican party to emerge on top at Stormont.

This means the Sinn Fein Stormont leader Michelle O’Neill is in line to become the first nationalist or republican first minister.

Mr Martin on Monday urged the DUP to form a power-sharing Executive alongside the other parties in Northern Ireland.

“I think everyone should reflect on the results. It is a significant result,” Mr Martin said on Monday.

“All the parties, bar the Traditional Unionist Voice, focused on the bread-and-butter issues,” he said.

“My sense is that the mandate they got was to take their assembly seats.

“This was an election fought on current topical issues and, therefore, I think parties could lose out if they do not respond to what people said to them on the doorsteps,” Mr Martin told RTE radio.

Mr Martin rejected any suggestion of EU inflexibility on the Northern Ireland Protocol, which created new checks on trade moving from Great Britain.

Instead, he said that there is a “landing zone” for a compromise between the two sides.

He said that the Republic of Ireland was doing all it could to help facilitate those discussions.

Just arriving at Stormont. The voters have spoken. The democratic outcome must be respected. No party can hold back progress. It’s now time to get to work, to put money in workers and families pockets to deal with the cost of living crisis; to start to fix our health service.

“And that has made the EU more cautious in terms of the discussions with the United Kingdom Government.”

The Irish premier said he believes that, following the Assembly elections, agreement can be reached between the UK and the EU on the protocol.

“I think the moment is now for both the EU and the UK,” he said.

“The British Government wants to bring this to a conclusion.

“Any further sort of negative developments on this front will prove that Brexit isn’t being done.

“I think all of us now have to have due regard to stability within the North, to the full workings of the institutions of the Good Friday Agreement.”

The Sinn Fein victory has fueled further speculation about the future constitutional position of Northern Ireland and whether a referendum on Irish unity could take place in the coming years.

But Mr Martin dismissed such speculation, saying he was “amused” by it due to the lack of discussion of Irish unity during the election campaign. 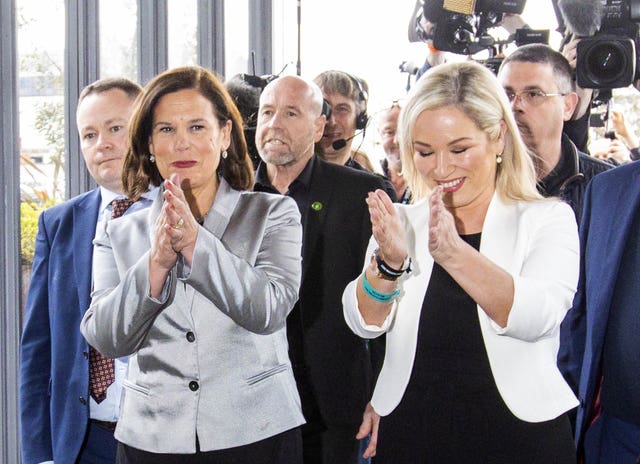 While stressing his own support for Irish unity, he said: “That was not the mandate sought by Sinn Fein in the last three weeks.

“The whole campaign was on cost of living, on health and on housing.

“The border poll was nearly buried from its documentation and its manifesto and, (as) soon as the votes are counted, it is brought back into center stage.”

He said that he did not agree with calls for a citizens’ assembly on Irish unity.

“I don’t favor that approach because I think the way you build bridges between North and South is by first of all the political parties and members of parties, members of society more generally, engaging more and more,” he said.

Mr Martin has launched a shared island initiative to develop cross-border links and he lauded his own commitment to the growth of dialogue on the island, while also hitting out at Sinn Fein’s own preparation for any mooted border poll.

“What work have they done themselves in relation to that? Where is Sinn Fein’s work on this? It’s fairly scans now in terms of substance.”

Looking for a job in Fresno? Annesso Pizzeria is hiring for multiple positions

Side gig turned into Fresno Fabrication