The Fresno camp catches fire for the second time this week, officials say 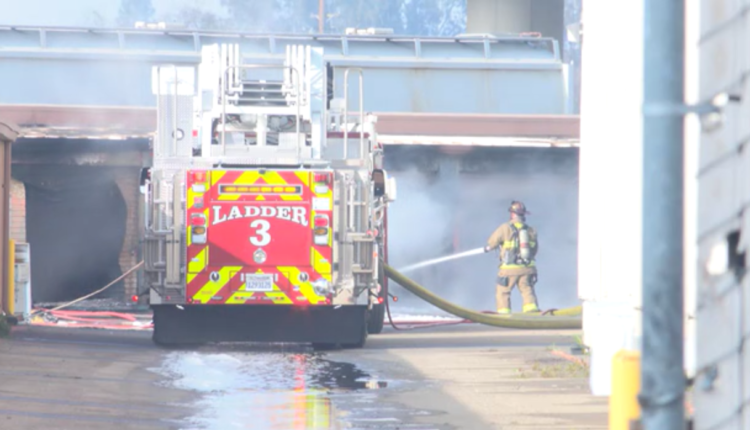 FRESNO, Calif. (KSEE/KGPE) — Firefighters were working to extinguish a fire at a Fresno warehouse Saturday afternoon, officials with the Fresno Fire Department said.

Around 9:00 a.m., firefighters responded to a fire report at a storage building near Cherry and Broadway Avenues.

Upon arrival, crews said they found three to four storage units actively burning with smoke throughout the area.

“It’s sad because there’s a lot of belongings in there and I think a lot of people feel like they keep their belongings in a safe place for later use,” McGuire said.

Officials say a vehicle and a boat were damaged by the blaze.

According to the fire department, the cause of the fire is under investigation, but officials believe the fire may have been started by a homeless man.