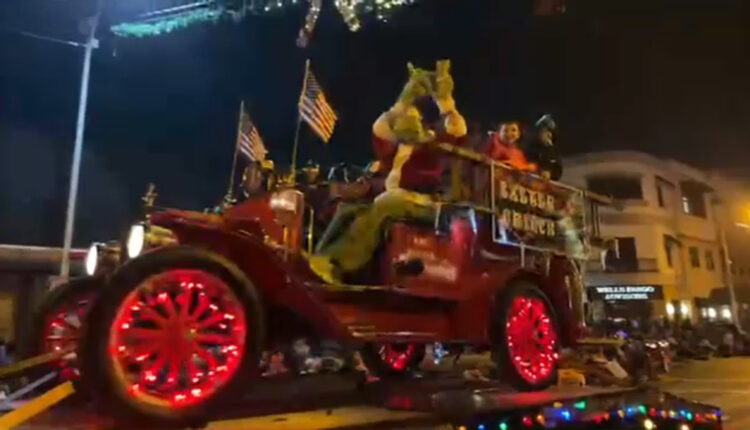 FRESNO, California – Thousands of people will fill the streets of downtown Visalia for the historic Candy Cane Lane Parade on Monday evening.

It’s a night many people are looking forward to, according to Downtown Visalia’s CEO, after COVID precautions resulted in a cancellation last year.

“It’s like we’re back where we should be,” says Steve Nelson. “We got a lot of calls, a lot of emails saying, ‘Hey, we’re happy to see the parade happen.'”

The Christmas celebrations began on Sunday evening with the lighting of the Christmas tree on the oval.

On Monday night, 75 floats take part in the parade – making it one of the largest in the South Valley.

Seeing so many chairs on Main Street early is a good sign.

Some local shops will be open all evening selling goodies like coffee, hot chocolate, cookies, churros, and other items to keep the crowd warm.

Pam Steele and her family own the Bee Hive Bake Shop and they expect Monday night to be a big one.

“Hopefully exposure because we didn’t really advertise it much,” she said.

Brenden Farrell of American Pacific Mortage says Monday is a tradition for her employees. They enjoy office dining and a front row seat outside for their families.

He and other business owners hope that the same energy can be felt downtown as in previous years.

We also spoke to a gentleman who says his grandchildren are in one of the high school marching bands and looks forward to supporting them while they get in the Christmas spirit.