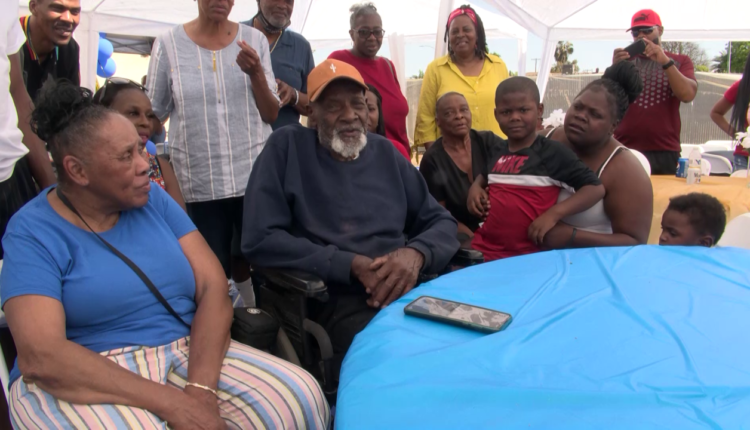 “He’s an awesome guy, he really is. He’s very alert – hope I get to live as long as he’s been here,” his daughter, Yvonne Maddox, said.

The Coast Guard veteran was born and raised in Mississippi, moving to Fresno in 1946. That’s when Ronnie Piper met him at just four years old.

“He’s my stepdad, but I claim him as my dad,” said Piper. “At that time we picked cotton. We only had radio in the house, there was no television.”

“They had given up on him a few times, told me to get everybody together because this is it. Well, he’s still here,” said Maddox.

From amateur boxing to fishing and traveling in his younger years, Bradley now likes to spend his time with family.

“And have all of these children, grandchildren, nieces, nephews and all of them here to celebrate with him is a wonderful thing,” said Piper. “Every day above ground is a good day.”