Walter almost gave up crossing the Mexican desert. Then a fellow migrant carried him 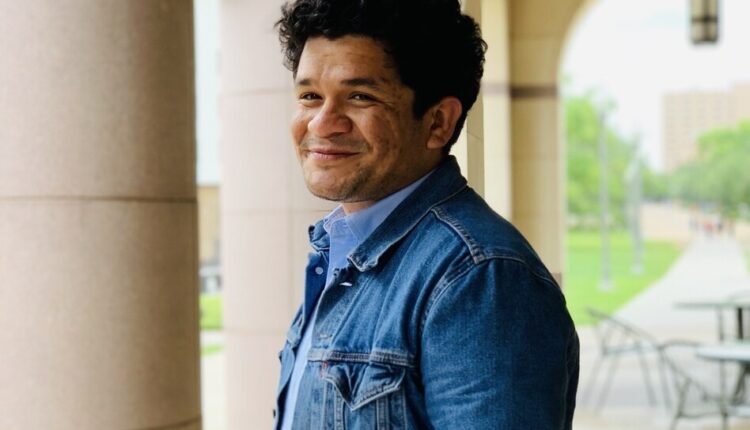 This story is part of the My Unsung Hero series from the Hidden Brain team about people whose kindness left a lasting impression on someone else.

When Walter Delgado was 11, he and his grandfather began a dangerous journey from their home in El Salvador to the United States. They traveled by bus, up through Central America toward the Mexican border. And because they were undocumented, they had to make the last leg of the journey across the desert, in the middle of the night, by foot.

After about six hours of walking, Delgado’s feet began to hurt.

“I remember that I was wearing the worst shoes you can choose to walk in the desert. It was uncomfortable,” he said.

It was also freezing cold. Delgado had come from a tropical climate and wasn’t prepared for the desert’s harsh drop in temperature.

“The most vivid memory I have is I could hear women crying, and sometimes they were complaining of pain in their legs. And heavy breathing,” he said. “All those things are the ones that I remember.”

Somewhere along the way, Delgado met another traveler named Modesto. They shared where they were from and made small talk. Then their conversation turned serious – because Delgado was faltering.

Delgado estimates he was on Modesto’s back for two or three hours. All along the way, Delgado worried about whether he and his grandfather would be among the many people who didn’t survive the journey. But Modesto reassured them they would.

They eventually reached their destination. Delgado became a US citizen and now lives in Houston, with a job he loves, and a pit bull mix named Blue. His grandfather is now in his 80s.

“It just blows my mind,” he said. “And it’s one of those defining moments in my life where it gives me hope and I can see that human beings can be a channel of goodness to the world.”

“Everything that I have now, everything that I’ve accomplished now, it takes me back to that moment. I have a good life now, thank God. And thanks to Modesto. Because he was the one that made it all possible.”

My Unsung Hero is also a podcast — new episodes are released every Tuesday and Thursday. To share the story of your unsung hero with the Hidden Brain team, record a voice memo on your phone and send it to [email protected]