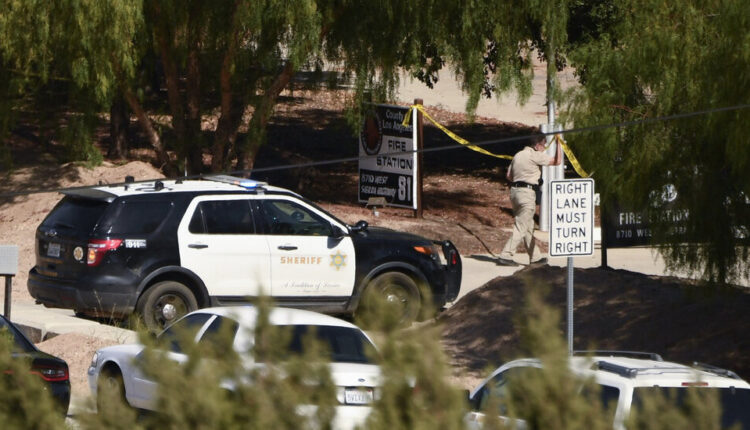 The findings of a blistering state audit of law enforcement agencies are reverberating across the state and raising questions about next steps for lawmakers and police officials in California.

The report found bias among officers at five agencies and determined the departments had not done enough to prevent it, raising concerns that the state has not provided enough oversight.

“We are getting a disturbing picture of something we’ve been seeing routinely across the country,” said Brian Levin, director of the Center for the Study of Hate and Extremism at California State University, San Bernardino. The findings, he said, illustrate that discrimination can, and often does, come from more than “just the stereotypical Southern Klan sheriff.”

The audit covered the Los Angeles County Sheriff’s Department; the San Bernardino, San Jose and Stockton police departments; and the California Department of Corrections and Rehabilitation.

The auditors made several recommendations, including that the State Legislature create an official definition of biased conduct and that police departments diversify hiring practices and screen applicants’ social media accounts for bias.

Ash Kalra, a Democrat assemblyman from San Jose, has a bill in the State Senate that would require police departments to check job candidates for ties to hate groups and would make it easier to fire anyone with such connections. Kalra said he expected the recent audit, which he called for with a group of 16 other legislators to increase support for his proposal.

“It makes it harder to push back when the evidence is so clear it’s a problem,” he told The New York Times.

Michael Tilden, acting state auditor, said the numbers might seem small, but they point to a larger structural problem: Departments don’t have sufficient policies to prevent “hiring employees that are bringing those biases to the job or that have those problematic affiliations, he said.

Susan Corke, head of the Southern Poverty Law Center’s Intelligence Project, also pointed out that since hate groups like the Proud Boys are increasingly using encrypted platforms to express their views, the publicly available posts that the auditors found are most likely “a really small slice of what’s happening.”

The audited law enforcement agencies were allowed to include a response in the report. The San Bernardino Police Department declined to comment on the findings, while the other departments largely agreed with the recommendations. But other members of law enforcement rejected the findings.

“This so-called audit is a compilation of cherry-picked allegations that is light on facts and chock-full of opinion, supposition and obfuscation,” Tom Saggau, spokesman for the San Jose Police Officers’ Association, said in a statement to The Times. He added that the auditors had not spoken to any rank-and-file police officers as part of their report.

“If they had, there may have been greater clarity and less conjecture in the final document,” Saggau said.

Tilden said that talking to individual officers as a part of the audit could have compromised the report, as officers may have taken down their posts before auditors could find them.

Over the next five years, auditors will periodically check in with the five law enforcement agencies on their progress implementing their recommendations, an official part of the audit process and a large part of its value, Tilden said. “We have approved a mechanism for requiring departments to keep us.”

“My husband and I love taking a ride up the beautiful redwood forest-covered, dizzying, and winding Bohemian Highway, just west of Santa Rosa. We do this when we are attending Lazy Bear, an LGBT event in Guerneville, during the dog days of summer.

To escape the heat, we begin our journey in Monte Rio, then on to Occidental, and finally, Freestone, where we stop at Wild Flour Bakery to buy the best rustic French bread you’ll find anywhere in California. Next, we continue on the Bodega Highway to Highway 1, which takes us to Bodega Bay (think Hitchcock and The Birds). Then on to Jenner to watch the harbor seals nap on Goat Rock Beach, where the beautiful Russian River meets the Pacific. We will glimpse the California sea lions or northern elephant seals if lucky.

Finally, we take Highway 116, which takes us back to Monte Rio, completing the most magical circle in California.”

Tell us about your favorite places to visit in California. Email your suggestions to [email protected] We’ll be sharing more in upcoming editions of the newsletter.

And before you go, some good news

A rare deep-sea fish spotted just off Monterey Bay has thrilled marine biologists who have been trying to track down the elusive creature for decades.

The Bathophilus flemingi, also known as the highfin dragonfish, is a predator that roams the depths of the ocean. The torpedo-shaped fish has a bronze hue that allows it to be nearly invisible in its dark environment, The Guardian reports.

“But when we shine our white lights on it, it’s just gorgeous,” said Bruce Robison, senior scientist with Monterey Bay Aquarium Research Institute.

Thanks for reading. I’ll be back tomorrow. — Soumya

PS Here’s today’s Mini Crossword, and a clue: Past the deadline (4 letters).

Jack Kramer and Mariel Wamsley contributed to California Today. You can reach the team at [email protected]

Sign up here to get this newsletter in your inbox.