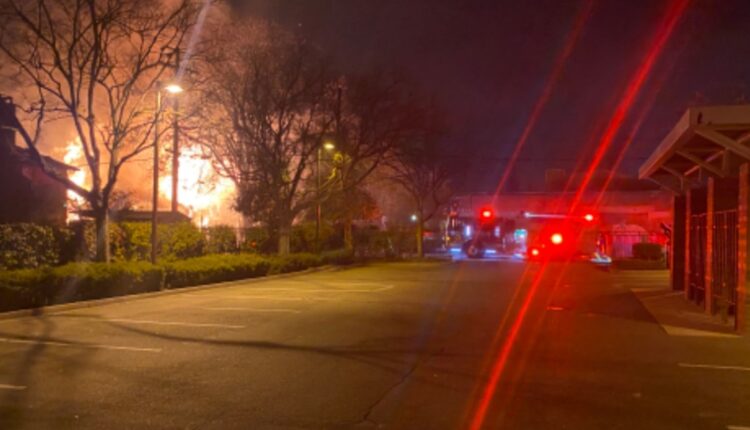 SACRAMENTO, Calif. — Two separate residential buildings were destroyed in an early Sunday morning two-alarm fire. The fire broke out around 2:45 am Sunday near 11th and G Streets in Sacramento.

According to the Sacramento Fire Department, both buildings were vacant when flames erupted. One of the structures reportedly collapsed as crews were working to tackle the blaze.

No injuries were reported. Officials are now investigating the cause of the fire.

Early this morning, 2-alarm structure fire; 11th and G Street. Two separate residential buildings involved. Both buildings were vacant at the time of the fire. A collapse occurred in one structure. No injuries reported. The fire has been extinguished and is under investigation. pic.twitter.com/aF45JmU5QL

Pentagon to focus on UFO identification

Young person stabbed in the back in Central Fresno, Police say