A bill to extend Diablo Canyon nuclear plant is introduced in Sacramento. But can it pass in time? 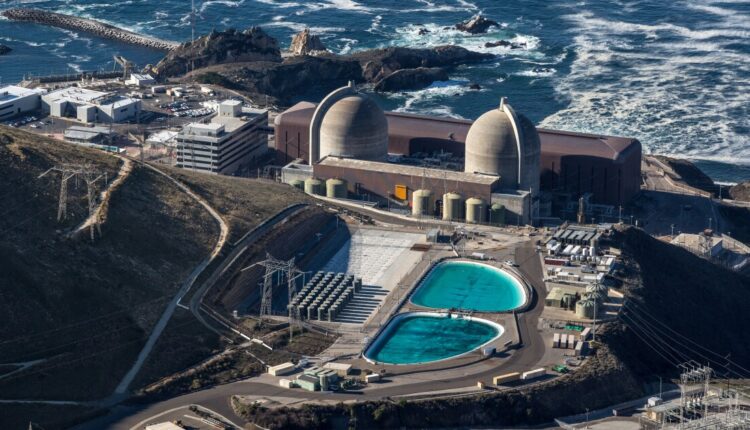 A bill has been introduced to extend the life of California’s last remaining nuclear power plant, but the current session in Sacramento ends Wednesday so time is running out to pass the legislation and get it in front of Gov. Gavin Newsom’s desk.

Backed by Newsom to help ensure an extra measure of reliability for the state’s power grid, the bill looks to keep the Diablo Canyon Power Plant near San Luis Obispo beyond its scheduled closing dates of 2024 and 2025. Diablo Canyon produces some 2,200 megawatts of electricity, accounting for almost 9 percent of the state’s power supply and 17 percent of California’s zero-carbon electricity.

The California Public Utilities Commission has ordered power companies to procure additional sources of clean energy but state energy officials recently warned of potential shortages in the 1-in-10 planning standards aimed at making sure sufficient margins are met when the grid is under the most stress .

“We’re short 1,700 megawatts this summer and projected to be short about 1,800 megawatts in 2025,” Newsom senior energy advisor Karen Douglas said while making a presentation Friday to the Assembly’s Utilities and Energy Committee.

But some legislators are irritated the governor’s proposal is coming at such a late date in the two-year session.

In response to criticism of an 11-page draft released Aug. 11, SB 846 made some changes:

The governor’s office said Monday the loan cannot be used to pad PG&E’s bottom line or to pay its shareholders.

PG&E is expected to apply to receive a sizable chunk of a $6 billion Civil Nuclear Credit program that the US Department of Energy has recently created to help keep at-risk nuclear plants across the country operating. The governor’s office said the federal government is “expected to cover most if not all of the cost of the loan” and if the Department of Energy turns down PG&E’s application, the loan will be terminated.

The bill also establishes a framework for rate recovery and power purchases at the plant that calls for fixed and volumetric fees that would be charged to “all load-serving entities” under the jurisdiction of the California Public Utilities Commission. That would not only include customers of PG&E but other customers across the state, including those in the San Diego Gas & Electric service territory.

However, Diablo Canyon should earn enough money in California’s energy and capacity markets to cover those fees, costs would be defrayed, with customers receiving a bill credit.

The governor’s office said SB 846 lowered the volumetric fees that utility customers outside of PG&E’s service territory would pay, compared to the original legislative draft.

“This is a fiscally responsible proposal that protects ratepayers while helping ensure we keep the lights on,” the governor’s office said. But some legislators at the end of last week appeared skeptical.

“It’s hard for me to justify this proposal, based on reliability, to SDG&E customers when we’re already paying the highest rates in the continental United States,” Assembly member Tasha Boerner-Horvath, D-Encinitas, said at Friday’s Utilities and Energy Committee hearing.

Some have called for a special session to discuss the issue at greater length, but the $6 billion Civil Nuclear Credit program’s deadline is Sept. 6.

“The simple truth is that if Diablo Canyon closes in three years, fossil fuel sales to meet California’s huge electricity demand will climb by billions of dollars annually,” Nelson said in an email, adding that “replacement electricity would be powered by natural gas and coal combustion, with their copious air pollution.”

Dan Jacobson, senior adviser for Environment California, said closing the plan “is a more affordable path to bringing on more renewables and creating a more reliable grid.” The Utility Reform Network, a consumer group based in San Francisco, has also come out against the governor’s plan.

Diablo Canyon has delivered electricity to California’s grid since the mid-1980s but in 2016, PG&E announced an agreement with a collection of environmental and labor groups to close the power plant and replace its generation with a combination of renewable energy sources, increased energy efficiency measures and the departure of PG&E customers to community choice energy programs.