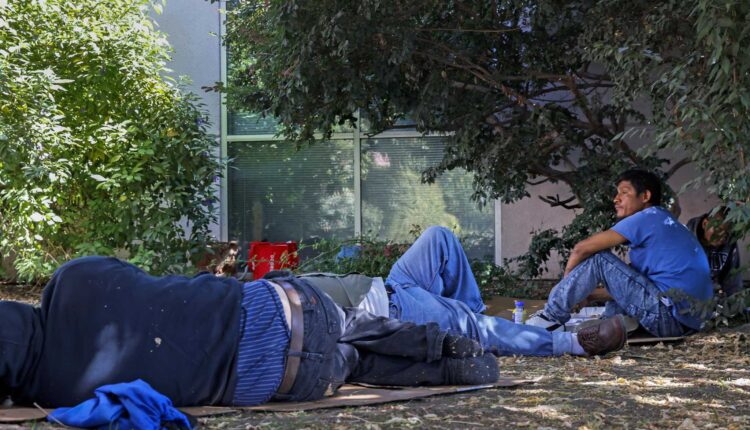 After hearing last week that a serial killer was loose in her city of Stockton, Renee Myers eagerly scanned city websites for updates. Days went by with just a few bulletins, a town hall and a press conference, and she got frustrated. She wanted to vent more. She wanted to hear theories. She wanted to help catch the killer.

Sun on Oct. 5, Myers created a members-only Facebook group called Stockton Serial Killer Community News and Information, told her friends, and hoped a few people would request access. Little did she know what she was starting — by Oct. 11, Myers had 2,500 members from as far away as Sweden and Michigan, and the grief, fear and theories poured in like a tsunami.

“How many of you sit back and think that you could have possibly talked to this serial killer before,” one person posted. “The thought is very creepy.”

“I think he was in the military he got a dishonorable discharge came back… and thought well I’m going to be a hero and get rid of the homeless and the poor,” another speculated.

“Hoping this person is apprehended soon so that the victims’ families can have justice and closure…. May we acknowledge that during these trying times, it’s okay not to be okay, ” posted another — which drew this comment from a mother of one of the victims:

“I surely have not been ok and am aware that grieving is for a lifetime… I just don’t want any other families having to go with this pain.”

Myers has never run a forum like this before, and she’s cautioning everyone to send serious tips to the police first. But in this age of shrinking news media and ballooning internet capabilities, her method of reaching out has hit a nerve that traditional community meetings and updates can’t.

Stockton police announced last week they had connected five killings since July to one shooter, plus another slaying in Oakland last year and a nonfatal shooting around the same time in Stockton. All of the victims except the surviving one were men, most were Latino and a majority were homeless.

Despite getting about 100 tips a day, investigators have reported only thin leads: ballistics tying the shootings together, descriptions of the shooter having a loping gait and wearing a surgical mask, and the similarities of the victims. Myers and her Facebook followers want to know more.

“I really felt like there was a need for the community to have a platform to speak,” said Myers, who is a communications specialist. “I think people feel frustrated when they can’t express themselves, so I wanted them to be able to express their fears and concerns and anxieties. And I have to say, I was very surprised at how many people wanted to be active participants.

“I had no idea it would have this kind of reach.”

Police and internet experts say the forum could have good effects — but they warn that because it involves an active killer, everyone involved should be careful. Myers said she hears that loud and clear, and that not only is the page closed except to members, specific names of potential suspects that participants might try to post get taken down immediately.

“We don’t want to contribute to any sort of hostility or retribution or vengeance,” she said. “We’re completely committed to ensuring and promoting community safety, and working collaboratively with investigators to further their efforts.”

As part of that safety concern, she asked that any names beyond hers not be used.

One of her co-administrators of the page lives in Sweden, where the nine-hour time difference allows her to monitor the page when Myers can’t. A former journalist who asked to go only by Caroline, she said she’s already benefited from the value of anonymity.

One man allowed into the page sent direct messages to an administrator that at first proffered theories about the killer, but then went into first-person mode about the experience of pulling off the shootings. It seemed to be just a technique the man was using to get his point across, but it did raise eyebrows.

“We don’t know if we have actually spoken to the killer on this site,” Caroline told The Chronicle. “That would be pretty intense.”

Stockton police spokesperson Officer Joe Silva said he told Myers this week he was appreciative of her page, and cautioned her to be careful and safe.

“I think this (page) is one tool that we definitely need,” he said. “Any social media site that can provide tips to us is very important because it could bring the one tip that breaks the case wide open.”

He added he believes Myers “seems very sincere. She’s doing this so the community can come together.”

A plethora of online forums already exist to discuss other serial killers — the unsolved Zodiac Killer case of the late 1960s and ’70s probably has the most. But they mostly involve very old cases, and they serve mainly as discussion arenas that sometimes get heated.

Eric Goldman, co-director of the High Tech Law Institute at Santa Clara University, said the most recent example of social media platforms helping law enforcement came after the Jan. 6, 2021, insurrections, when investigators busted many suspects by tracing their postings, as well as other people’s postings about them.

“Everyone is always paranoid about a community like this, but it’s possible we should be celebrating it, not fearing it,” Goldman said.

The biggest fear about this kind of posting is “cyber-bullying,” he said. “It’s when you see a contributor throwing out a person’s name as a hypothesis, and that can spur a lot of scrutiny into that person’s life… and then a community gangs up on somebody and attacks them. This usually involves doxxing (posting online a person’s address and other personal information).”

On the other hand, he said, “The benefits are that the group can solve a case in a way the police might not be able to, or at least not as quickly. Like with the Jan 6 insurrection.”

The very act of having a forum for people to express themselves is valuable as well, he said.

“Having a website like that (the Stockton page) gives people some agency, some control over voicing their concerns,” Goldman said. “It can be a stress reliever. So much stress in our modern society is our feeling of a lack of agency.”

Myers was hoping relatives of the serial killer’s victims would find that sort of solace in her Facebook group, but until Tuesday afternoon only the one post from the mother about “grieving for a lifetime” had shown up. Then she got this, and she said it made her cry:

“Thank you for your kind words and everything your (sic) doing for our community,” wrote Paulina Chavez, niece of Lorenzo Lopez, gunned down on Sept. 27. “My uncle was homeless but not fully if that makes any sense. The family took care of him. He’d take showers and eat at our house. My grandma’s. My cousins. He had too much pride to stay with anyone…. Thank you again. Me and a few other family members keep up with all the group post. Glad to see everyone involved.”

Myers said Chavez gave her permission to use her name publicly.

“This is what I wanted maybe most of all — to be a comfort to the relatives (of the victims),” Myers said. “It’s very important. We want to be healing for them. They deserve it most of all.”