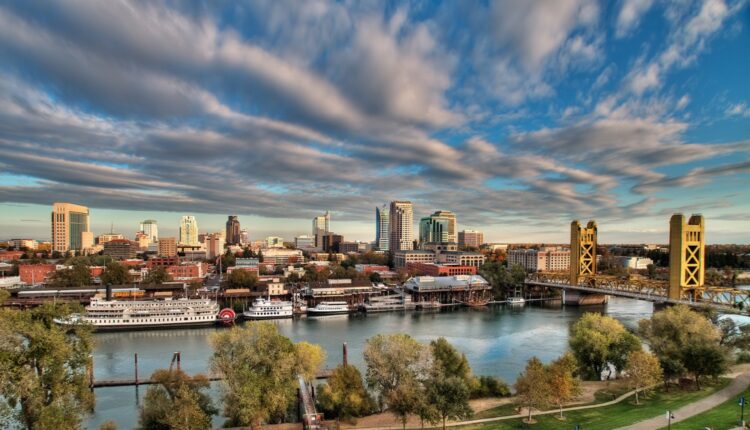 Milquetoast reputation be damned: Sacramento is a perfect small-city lover’s getaway. Sure, it’s the hub of California politics and you’ve probably already heard about its Old Town historic district, but it’s also a place where farm-to-fork dining rules, wineries flourish nearby and the nightlife scene includes live mermaids swimming in a saltwater Aquarium. Yes, it’s that kind of fun — and it’ll give you a chance to catch up with the friends who moved here to escape SF rent.

Sacramento: Running California Since the 1850s

Located at the spot where the Sacramento and American rivers converge, Sacramento’s “modern” history began as a fort when John Sutter arrived in 1839 and built Sutter’s Forest as an enclave designed to kickstart farming in the area. But then gold was discovered in the Sierra Foothills in 1848, and all hell broke loose. The city exploded with citizens; meanwhile, California became a US state in 1850, and by 1854 Sacramento had become its permanent capital.

The Pony Express originated here, as did the first Transcontinental Railroad. Old Sacramento rose up on the banks of the Sacramento River and became the nexus for both. As such, it’s the perfect place to start your visit. Visit the Sacramento History Museum, take a river cruise or a horse-drawn carriage ride and try some old-fashioned candy (right after you watch them make it). Take a look at the BF Hastings Bank building on 2nd Street in Old Town, where the Pony Express originated, and then find your way to the nearby Pony Express Statue on J Street.

Chances are, someone you’re traveling with will love Evangeline’s Costume Mansion (climb up the stairs at 113 K Street), where they’ll find an incredible selection of everything from costumes to masks, hats and everything else you need to transform into whatever character strikes your fancy. It’s a legendary costume shop that will suck you in for hours.

Use the walking underpass to venture into the new(er) city to see the California State Capitol, which was built in 1860 (check out the museum there for more historical journeys) and don’t sleep on the incredible State Capitol Park that unfolds for three long blocks in front of the stately building, with trees from around the world and a massive, gorgeous rose garden. Then take a short walk to the ornate Cathedral of the Blessed Sacrament, opened in 1889 and still a beautiful example of Italian Renaissance architecture.

When you’re ready to eat, drink and party, Sacramento has plenty of top-notch choices. Plan ahead with a reservation for The Kitchen, the city’s Michelin-starred, family-run restaurant that has led the locavore farm-to-fork dining scene in Sacto for 30 years. Expect a six-course prix fixe New American-style dinner there.

Elsewhere, check out James Beard Best California Chef nominee Chris Barnum-Dann’s Localis, which he runs with his wife Jessica, for another exemplary New American meal focused on locally sourced ingredients, and book in for brunch at Grange, yet another award-winning farm -to-fork focused eatery, helmed by chef Dane Blom, where the biscuits alone are worth a visit.

For a British take on California cuisine, head to Oliver Ridgeway’s Camden Spit & Larder. He’s doing delicious locally sourced dishes that include his famed English sausage rolls and his personal take on a classic meat pie. Lighter fare there includes wild Alaskan halibut in a brown butter truffle jus that is sublime.

As things get later in Sacto, start the party at Cookies, the cannabis shop with potent proprietary strains, then meander over to Dive Bar (that’s a pun), where they put on real, live mermaid shows in a 40-foot aquarium. Other cool nightlife spots to sidle into are The Roost and The Snug, both with plenty of curated cocktails and other libations.

Of course, California wine has a big presence in and around Sacramento, so if that’s your quaff of choice, do head out to the Sacramento River Delta to the Clarksburg AVA (about 30 minutes away) and visit Bogle Family Vineyards, where they have been making fine wines for over 50 years from grapes grown right on their beautiful property. Hang out in the gardens or grab a balcony seat for great views of their vast vineyards and taste their Petite Sirah and Zinfandels. Also be sure to visit Silt Wine, a new kid on the Clarksburg scene, and be sure to try their tasty dry Albariño, grown very close to their tasting room.

For a uniquely Sacramento experience, the annual Farm-to-Fork Festival in September pulls out all the stops with a series of foodie events. In 2022, it starts on September 8 with the Legends of Wine party, on the lawn of the State Capitol, which features regional wineries paired with local restaurants. The festivities end on the weekend of September 23-24, with a massive two-day street festival that’s chockablock with food, wine, beer and music. The must-attend event, on September 11, is the legendary Tower Bridge Dinner, when that famous golden lift bridge is transformed into an elegant dining venue, with hundreds of places set for a fine-dining extravaganza with many of the city’s top toques. To grab two tickets for that one, you’ll have to register for a random drawing before July 24; 40 sets of tickets will go to the lucky winners, who dress in their best for a completely different sort of local foodie experience.

Where to Stay: Your Sleeping Quarters

Choose the Kimpton Sawyer Hotel for your nightly slumbers and you’ll be right in the heart of the city, able to walk to most of the sights and eateries around the heart of this very walkable city. It’s set on the edge of Downtown Commons (DOCO) — literally next to the Golden 1 Center, where the Kings hold court. It’s a sophisticated hotel with a rooftop swimming pool and very comfy beds.

Otherwise, book into The Exchange Sacramento, in what was once the California Fruit Building, constructed in 1914 and now a beautiful reminder of the city’s early days when it was the tallest building wast of the Mississippi River. Now a part of the Hilton empire and open since the fall of 2021, the hotel is both modern and a blast from the past — just like the city itself.

This article was featured in the InsideHook SF newsletter. Sign up now for more from the Bay Area.