A66 Stockton crash: What we know after incident shuts road 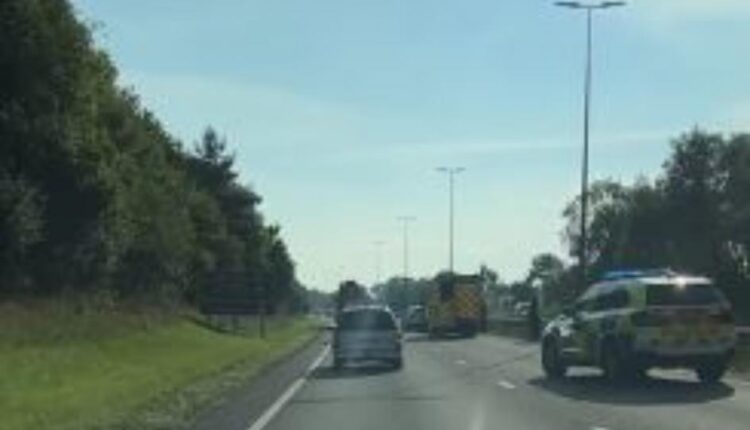 Two lanes of the A66 at Teesside were closed due to a crash this morning (Wednesday, September 21) which saw one person taken to hospital.

The incident happened at around 9am and emergency services including the ambulance and police were sent to the scene.

The crash appears to have involved two cars colliding on the outside lane.

Initially cars were able to pass the crash site which is near the turn-off for the A1130 to Preston Park/Yarm.

However, police later shut both lanes of the A66 to passing traffic while they dealt with the incident.

The North East Ambulance Service (NEAS) sent two parademic crews to the scene and one person involved in the crash was taken to hospital.

A NEAS spokesperson said: “We received a call at 8.58am this morning to reports of a road traffic incident on the A66 in Stockton-on-Tees.

“We dispatched two specialist paramedic crews who treated one patient on the scene and took another to the University Hospital of North Tees for further treatment.”

National Highways reports that traffic was moving slower than normal on the A1130 in the aftermath of the crash.

The police have also been contacted for further detail.