After epic rains, California will have time to dry out. But for how long? 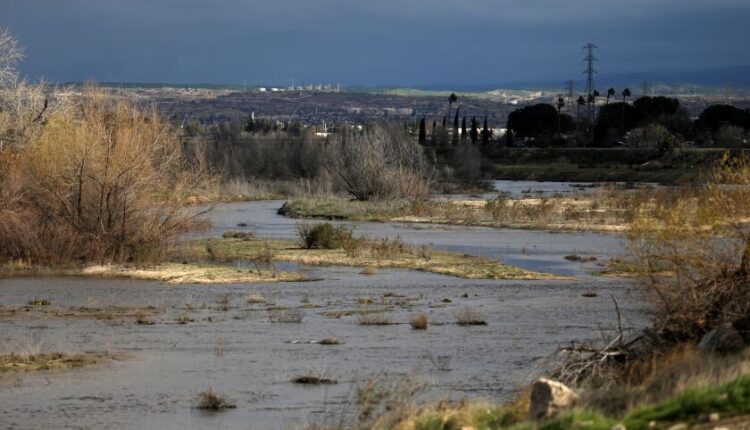 A series of atmospheric river storms that dropped record-breaking rain and unleashed chaos across California will end with a whimper this week, as officials work to tabulate the epic rainfall.

The experience of the past few weeks does not necessarily indicate how the rest of the winter will play out, though.

Last year, “We started out with really healthy early precipitation and snowpack and then the proverbial tap was turned off and we had a phenomenally dry January, February and March … and ended up really continuing with protracted drought,” said climate scientist Noah Diffenbaugh, a professor and senior fellow at Stanford University.

“The way we get most of our precipitation here in California is in these atmospheric rivers. And, really, the number of atmospheric rivers is a pretty good metric of whether we have a dry year, a normal year or a wet year,” he said during a panel discussion Wednesday.

Daniel Swain, a climate scientist at UCLA, said precipitation over the next two-plus weeks “is likely to be below average for most/all” of California.

“This will give the state a needed opportunity to dry out, for rivers to recede, and for folks in the mountains to dig out from feet of snow,” he wrote Tuesday on Twitter.

The latest storm, a drizzler compared with the powerful deluges that have hammered the state for the better part of a month, moved into the San Francisco Bay Area on Wednesday evening, according to the National Weather Service.

It was expected to “bring a quick shot of rain,” with up to half an inch possible in higher elevation areas, said Dalton Behringer, a meteorologist with the National Weather Service office in Monterey.

A forecast released by the office showed more modest totals, largely between 0.1 and 0.2 inches, expected across the region.

“Rain should be totally out of the picture by sunrise tomorrow morning,” Behringer said Wednesday.

He characterized the latest storm as “an entirely new system … not really of atmospheric river origin like these past events have been.”

The story is much the same across the thoroughly soaked state. In the Central Valley, “we have some overnight rain tonight, but it’s [only] going to be a little bit — nothing earth-shattering,” said JP Kalb, a meteorologist with the National Weather Service in Hanford.

“We are looking at less than a tenth of an inch in most places,” he said Wednesday morning.

The impacts will be lesser, and likely nonexistent, the farther south you go. San Luis Obispo County could see some sprinkles, and there’s a chance of light rain Thursday in the Inland Empire, but forecasts show scant chances of the wet stuff this week throughout a wider swath of the Southland.

“We have a weak system that is trying to drop southward into the southern part of the state, but it does not look like it’s going to make it to Los Angeles,” said David Sweet, a weather service meteorologist in Oxnard.

California as a whole seems set for a much-needed reprieve from the rain — with third weather settling across the state for the next week or so after this last storm exits.

“We’re in a much third pattern right now. The weather pattern has shifted, and all those atmospheric river storms are no longer pointing at Southern California,” Sweet said.

Whatever the future holds, a less-saturated forecast in the near term will likely be welcome news in weather-walled parts of the state still trying to dig out from the destruction wrought by the spate of heavy storms.

Mudslides in Niles Canyon have snarled operations on the Altamont Corridor Express — a commuter rail service that runs from Stockton to San Jose.

One such slide blocked the railroad tracks Tuesday morning, prompting officials to evacuate 225 people, according to the Alameda County Fire Department.

And Santa Barbara County officials announced this week that Goleta Beach Park would be closed because of “emergency beach nourishment operations,” which include moving sediment from basins below the burn areas of the Cave and Thomas fires to the beach.

gov. Gavin Newsom announced Wednesday that a major disaster declaration approved by President Biden had been expanded to include Monterey, San Luis Obispo and Santa Barbara counties — making residents who sustained damage or losses from the storms eligible to seek federal assistance. Merced, Sacramento and Santa Cruz counties are also included in the declaration.

“I’m deeply thankful for the incredible support of our federal partners throughout this emergency as we’ve worked around the clock to save lives and help Californians whose lives have been turned upside down by these storms,” ​​Newsom said in a statement.

There have been at least 22 storm-related deaths across the state, according to a Times tally.