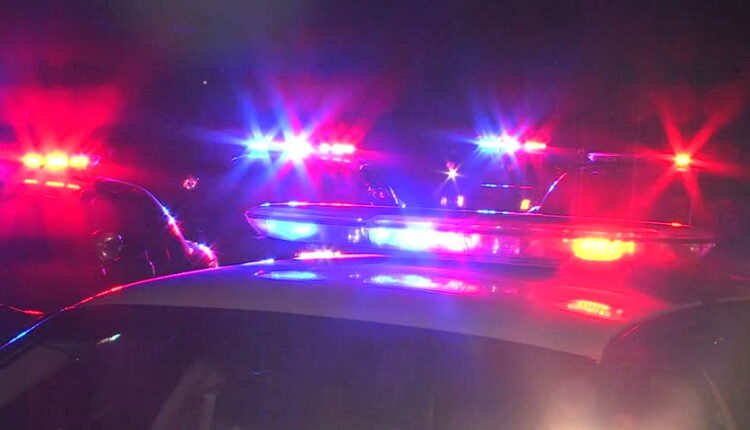 MODESTO (CBS13) — Three suspects were arrested in a string of Sunglass Hut thefts that occurred at the Vintage Faire Mall in Modesto, said the Modesto Police Department.

This investigation has been ongoing for some time due to repeated grand thefts and robberies at this particular store, police say.

READ MORE: Airborne Transmission Of Monkeypox ‘Has Not Been Reported,’ CDC Says

On Thursday afternoon, detectives believed that they had found the main suspects and were surveilling them when they witnessed the three suspects exit a stolen Acura SUV at the Vintage Faire Mall.

The suspects entered the mall with hoods and masks and walked towards the Sunglass Hut.

Employees met them and stood in front of the entrance, blocking the suspects from entering.

Next, the suspects walked away from the store and entered a Macy’s where they stole approximately $10,800 worth of cologne and other merchandise.

As the suspects left the store to return to their vehicle, detectives surrounded them.

All three of the suspects attempted to flee, so detectives deployed a bean bag as well as a taser to stop them, successfully taking all three into custody.

During the search of their stolen vehicle, detectives also located a loaded firearm.

Wyatt’s most recent activity in Modesto began on April 27, 2022, with a burglary and theft at Vintage Faire Mall’s Sunglass Hut. He and his accomplices arrived in a Honda Accord with cold plates. The gang would park on the mall’s north side, enter with bags full of items, then dash to their vehicle and depart the area.

The next theft was on May 4, when Wyatt and two or three other accomplices arrived in the same vehicle and repeated the same burglary process as on April 27.

Again, Wyatt and two or three accomplices arrived at the mall on May 12, 2022, in a Toyota Camry reported stolen in Atwater. The team took products from Sunglass Hut once more before fleeing in the stolen vehicle.

Rayquan Murray was arrested and charged with burglary, conspiracy, grand theft, resisting arrest, felon in possession of a firearm, vehicle theft, and possession of stolen property.

Jada Aikens was arrested and charged with burglary, conspiracy, grand theft, and robbery.

Detectives were successful in getting Wyatt’s bail increased to $500,000. According to Sunglass Hut’s Loss Prevention, Wyatt is responsible for taking over $100,000 in merchandise and an estimated $2 million dollars in merchandise from Sunglass Hut locations around the state.

It’s unclear whether Aikens and Murray were involved in earlier Sunglass Hut thefts at this period. Detectives will continue to look into whether or not they were involved.

Airborne Transmission Of Monkeypox ‘Has Not Been Reported,’ CDC Says – CBS Sacramento