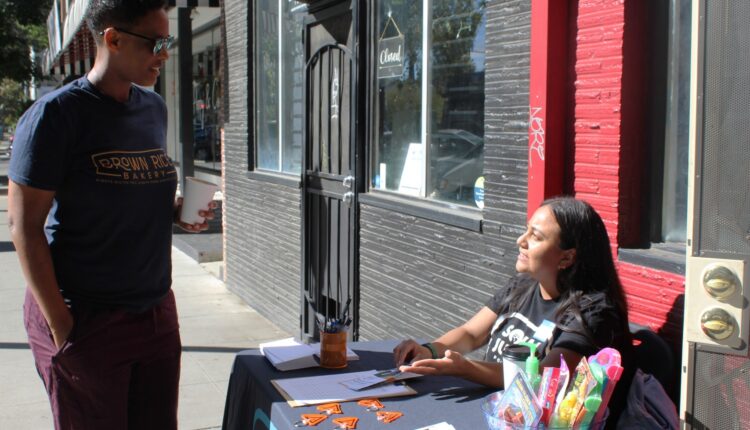 On a late September morning, Elk Grove Mayor Bobbie Singh-Allen greeted everyone walking into Savvy House Coffee Bar. She asked them to share their concerns about the city and invited them to raise questions.

Some joined Singh-Allen at the table, asking for updates on public transit projects or listening to her explain how a different government entity provides fire services in the city. Through the conversations, Singh-Allen aimed to connect with residents and bring local government to their regular local coffee shop.

“For true civic engagement, you need to explore every avenue to connect with your residents,” said Singh-Allen, who is running for reelection. “And it’s not just about having city council meetings, which is obviously open for everyone to participate, but a lot of people find that intimidating.”

With election season underground, Savvy and other small Sacramento-area coffee shops are partnering with officials, election candidates and organizations to offer more accessible civic engagement opportunities in their intimate shops.

Savvy owner Jamaar Anderson describes his coffee shop as a gathering place thanks to community support. Because of financial issues related to inflation and the pandemic, Anderson said he has to close the shop in the coming months.

But that hasn’t stopped Anderson from hosting events such as open mic nights to coffee with the mayor. Anderson previously organized a series of Grassroots Empowerment Coalition workshops in 2020 and 2021.

“It made me think maybe we really need to take this time to come together as a community and teach each other things that we all know but we don’t share,” Anderson said. “Our neighbors might know something that is very valuable to us and we might have something very valuable to them.”

Antronette Robinson owns Maestro Coffee, the only non-franchised coffee shop in Natomas. Before the November election, Robinson said she aims to host an event on the importance of voting, which might cover different levels of government and how long terms are.

She is planning the event with Sacramento City Council candidate Alyssa Lozano, who is a regular at Maestro. Lozano, the president of the Natomas Chamber of Commerce, is running against longtime Natomas Unified School District board member Lisa Kaplan to represent District 1 on the City Council.

As she gets to know customers, Robinson said politics and how to improve the community comes up naturally.

“That’s where you can tie in the civics side of it and do that educational piece,” Robinson said. 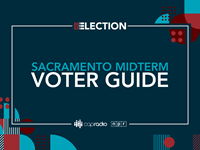 Compared to a chain coffee shop, Robinson said regulars might feel more open to discussing politics at Maestro instead of rushing off, saying they don’t have the time. Customers already often meet and hang out at the shop instead of buying drinks and leaving, she added.

The shop hosted two civic engagement events in the lead up to the June primary. The first was a community conversation with Black women running for local elected offices, including Tamiko Heim and Alana Mathews. Mathews lost a bid for Sacramento County District Attorney in June, and Heim is running in November against Caity Maple to represent District 5 on the City Council.

DRIP partnered with Sacramento Sister Circle, a network for Black women, on the event that packed the shop and also sponsored its primary voter guide.

Williamson said they asked candidates to start with the basics, such as explaining a district attorney’s responsibilities. Context often gets left out of political coverage, Williamson said, adding DRIP offers a community space where people can feel comfortable asking questions.

Regulars might find their local coffee spot more familiar than a mainstream news outlet, she added.

“We want people who have not really engaged with news before to feel like they are a part of the conversation and that they have a touchpoint,” Williamson said. “So, we’re just another one of those touchpoints.”

The second event was a discussion with candidates Michael Lynch and Duke Cooney. Cooney lost a Sacramento County supervisor election in June, and Lynch is running in November against Karina Talamantes in the District 3 City Council race.

DRIP organized the free events with a grant from the James B. McClatchy Foundation, which supports free speech and free press in the Central Valley. The shop plans to partner with the Sister Circle again and host a voter guide event ahead of the November election, Williamson said.

But the owners are also trying out another, more frequent partnership to spark civic conversations at the shop. In late September Social Justice PolitiCorps began setting up a table at the shop Wednesday mornings to sign people up for their newsletter and talk about local politics. The advocacy group crowdsources Sacramento County political information.

We think that this is an amazing place for the community to come together, and we hope that we can reach out to the public and better inform them about Sacramento politics. – Sarah Rabanales, community organizer

“We think that this is an amazing place for the community to come together, and we hope that we can reach out to the public and better inform them about Sacramento politics,” said community organizer Sarah Rabanales.

Robinson, owner of Maestro Coffee, said she hopes to reach young people in particular with her next civics event. Robinson added she got the impression many people weren’t aware of how voting, especially in local elections, impacts issues from education to jobs. Nationwide, the US Census Bureau reported about 51% of people ages 18 to 24 voted in November 2020, the lowest of any age group.

“A lot of young folks just think, ‘oh, it’s just a vote,'” Robinson said. “But it’s not just a vote. It’s going to affect you and how you’re going to live.”

“I didn’t just open a coffee shop,” Anderson said. “I hopefully opened something that can create conversation, could mend and heal people.”

Sharks take losing streak into matchup with the Islanders