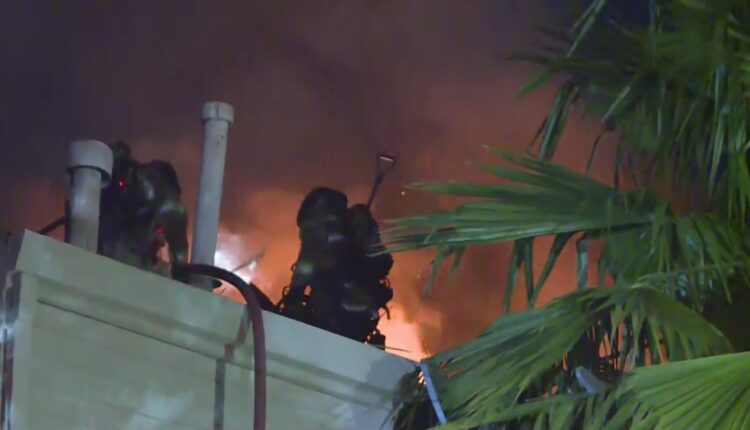 SACRAMENTO (CBS13) — A baby was rushed to the hospital after being held hostage in an apartment that later caught fire.

Early Friday morning, Sacramento Metro Fire, Sacramento Police, and the Sacramento County Sheriff’s Office arrived at an apartment complex on Madison Avenue near Jackson Street in North Highlands in response to reports of a fire.

READ MORE: Woman Shot In The Abdomen Near A Natomas General Store

Four people were transported to the hospital. Two of them were able to escape on their own. We can’t confirm who the other two are, but neighbors who spoke to Rachel Wulff say it was the man who barricaded himself and the baby inside the apartment.

A neighbor who rushed to safety said, “It started off sounding like domestic violence, and then it just started getting worse. I saw the Sheriff’s Department flashing their lights and everything. And that’s when I went to go use the restroom, and the next thing I hear is constant banging on our door.”

Another neighbor that was able to escape to safety only to see their home burn had this to say, “The cops were knocking on everybody’s door telling us to evacuate because we’re sandwiched in the middle. They thought there was going to be a shootout. At first, there were cops knocking on everybody’s door wth AR-15s telling everybody to leave and 20 minutes later it caught fire”

Since the fire is now out, the investigation is now being handled by the Sacramento County Sheriff’s Department.