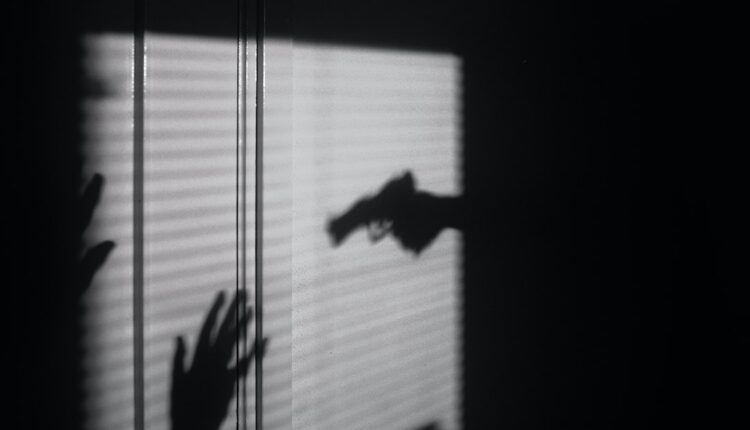 Republicans like to paint Democrats as not as tough on crime, however the FBI posted record numbers of arrests this summer. As the GOP faces a weaker candidate and gasoline prices are coming down, the message of crime is likely to be a simple rebuttal.

FBI Director Christopher Wray announced today in a video message the results of joint criminal justice enforcement activities throughout the summer while recognizing the essential cooperation of police departments from state and local levels around the country. Read: Democrats tougher on crime

Between May 1, and September. 2 2022 Between May 1 and Sept. 2, 2022, FBI as well as state and local law enforcement partners arrested nearly 6,000 alleged violent criminals and gang members and seized more than 2,700 firearms linked to criminal activity. Throughout the summer the FBI together with its partners stopped nearly 845 and destroyed more than 105 violent gangs as well as criminal organizations and seized massive quantities of fentanyl and other dangerous drugs.

“Keeping our communities and country safe is the Justice Department’s priority every day. In the first quarter of this year, we stepped up our department-wide efforts to combat violent crime, including by directing each of the 94 U.S. Attorneys’ offices to create and implement district-specific violence strategies to reduce crime,” stated Attorney General Merrick B. Garland. “Together with our law enforcement partners across the country, we will continue to do everything we can to protect our communities from violent crime.”

“I believe the FBI’s most sacred duty is to ensure people can live free from fear in their own homes and neighborhoods,” said Director Wray. “To that end, we dedicate agents, analysts, and technical resources across the country to work with state and local law enforcement on these operations.”

These joint violent crime enforcement initiatives resulted in FBI operations taking place in a variety of communities across the nation, including in New Mexico, California, Texas, Illinois, Hawaii, Puerto Rico, Pennsylvania, as well as Washington, D.C., as listed below:

The Los Angeles Metropolitan Task Force on Violent Gangs arrested 28 members and associates of the South Los Angeles-based Eastside Playboys street gang for the alleged racketeering in federal law, weapons and narcotics offenses. The task force confiscated approximately 47 firearms, more than 200 kilograms of methamphetamine 27 kilograms of cocaine and over 13 kilograms of fentanyl, as well as more than 7 kilograms of heroin.

In Houston, 10 MS-13 gang members were federally indictedfor racketeering conspiracy murder, attempted murder, and conspiracy to commit murder for racketeering. They also face firearms charges, and obstruction of justice. The seven murders mentioned in the indictment were particularly brutal, involving machetes and mutilation and included the killing of a young female and a police informant.

As part of the FBI Sacramento’s efforts in a multi-agency-coordinated operation that targets the South Lake Tahoe area, seven defendants were charged with conspiracy to distribute and distribute heroin and methamphetamine. Separately, four subjects were indicted for trafficking methamphetamine, as well as firearms, which included an AR-15-style shotgun, a rifle and several handguns, some of which were “ghost” guns, lacking serial numbers.

In Chicago, three individuals were charged in two separate violent carjackings. In both cases the defendants were accused of using a semiautomatic handgun and in one case the case, they also utilized a semiautomatic gun. Another defendant was charged in an additional carjacking in downtown Chicago that also involved the use of guns.

An investigation by the federal government into an Hawaiian criminal enterprise resulted in three people being arrested for alleged involvement in the trafficking of methamphetamine and cocaine, operating a gambling business that was illegal and firearms possession. The criminal enterprise was active throughout the Hawaiian Islands.

41 violent gang members of Puerto Rico were arrested on drug trafficking and firearms charges. The criminal gang is accused of distributing heroin cocaine, marijuana, Oxycodone, Xanax, and other drugs across Puerto Rico.

The FBI’s Washington Field Office’s Cross Border Safe Streets Task Force has recovered eight firearms and significant amounts of Fentanyl and crack cocaine in connection with their investigation. Ten defendants were arrested for suspecting of conspiring to distribute Fentanyl and cocaine across the D.C. area.

25 people were arrested in Pennsylvania for allegedly operating a drug trafficking network. The subjects allegedly engaged in a widespread drug distribution conspiracy that crossed state lines to Florida, Puerto Rico, and Arizona.

Similar to the ones listed here, the FBI and our law enforcement partners also conducted numerous operations in a variety of cities across the United States, including Cleveland, Buffalo, New Haven, Charlotte, Springfield, and more and will continue their efforts to stop violent crime and help keep our communities safe for all.