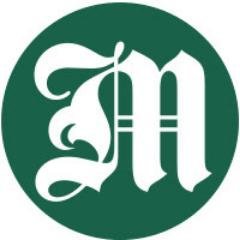 Manteca High’s Alexia Alva and Kamiyah Johnson provided much of the firepower at Tuesday’s non-league match against visiting Modesto.

MHS coach Justin Coenenberg noted that his team had 28 shots at goal, with Alva scoring three times with an assist and Johnson adding two more scores coupled with an assist.

Corrine Jones chipped in with two assists against the Panthers (2-2).

Goal keeper Haylie Brasil had one save.

The Buffaloes controlled the game from the get-go, scoring three times in the first half.

They will to return to action on Dec. 27 against Patterson.

The Timberwolves (7-3) cruised past visiting Lathrop Spartans (5-6-2) in non-league action on Tuesday.

The Lancers (12-3) suffered a tough non-league loss against the visiting CV Hawks (9-2-4). EU will travel to Turlock on Thursday.

Coming off back-to-back games, the Lancers (7-3) were outscored in the second half at Gregori (7-4) on Tuesday.

The Jaguars outscored EU in the third and fourth quarters, 28-17. The Lancers had a 24-21 halftime lead.

Taylor Snaer and Nylah Dyson provided a one-two punch offensively against Pleasant Grove of Elk Grove at the Dalben Center on Monday.

His Lancers were also efficient at the free throw line, connecting on 17 of 22 from the line during the game.

In the second half, EU iced the game by hitting 11 of 14 free throws.

The Lancers will travel to Beyer on Thursday.

The Buffaloes (8-2) used a balanced attack Tuesday at Lodi.

Manteca jumped out to a 19-13 first-quarter lead, building that up to 37-23 at the intermission. Going into the fourth, the Buffaloes had a 59-35 cushion.

The Buffaloes got eight points each from Blake Glasgow and Harp Mehrok in the loss.

Helping to transition from school to work

Tesla Semi wows the crowd at the Modesto Christmas parade