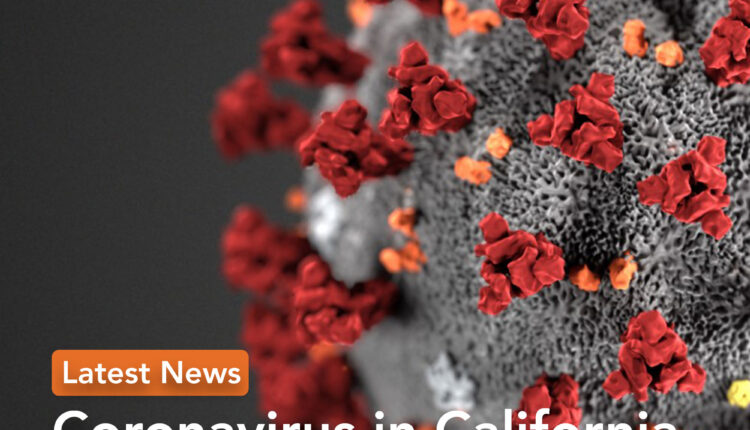 Find an updated count of COVID-19 cases in California and by county on our tracker here.

COVID-related deaths are down 90% since February, but equity gap remains stark

COVID-19 By The Numbers

The Sacramento region is seeing an increase in cases of respiratory viruses in children.

That’s according to county public health officials and leaders of local hospitals, who held a press conference Wednesday announcing plans to expand care capacity, including adding staff in response to the surge.

One main driver of hospitalizations is Respiratory Syncytial Virus, or RSV. Dr. Dean Blumberg, Chief of Pediatric Infectious Diseases at UC Davis Children’s Hospital, said “virtually every child” under the age of three contracts the virus.

However, he and other pediatricians at the event said COVID-mitigation efforts like masking and social distancing reduced infection rates in recent years, leading to increased susceptibility this year.

“At UC Davis, we didn’t see any hospital admissions for influenza in the 2020-2021 flu season, which is highly, highly unusual,” Blumberg said. “But that means that all those children; they missed out on getting RSV for the first time.”

Pediatricians agree that most children who get RSV will recover without experiencing complications, although some may get sick enough to need medical attention, as the virus can lead to bronchiolitis or pneumonia or exacerbate symptoms of asthma.

Dr. Zoey Goore, a pediatric hospitalist at Kaiser Permanente and the assistant physician and chief for Kaiser’s Women’s and Children’s Hospital, said parents of young children can help with breathing difficulties by relieving congestion.

Consensus among the pediatricians at the briefing was that the best protection against both RSV and the flu is for everyone in the family, older than six months, to get the flu vaccine. They also recommended proper hygiene and masking for families at higher risk.

12:10 p.m.: COVID-related deaths are down 90% since February, but equity gap remains stark

The World Health Organisation chief on Wednesday said a nearly 90% drop in recent COVID-19 deaths globally compared to nine months ago provides “cause for optimism,” but still urged vigilance against the pandemic as variants continue to crop up.

According to the Associated Press, Director-General Tedros Adhnom Ghebreyesus said that last week just over 9,400 deaths linked to the coronavirus were reported to the WHO. In February of this year, he said, weekly deaths had topped 75,000 globally.

The U.N. health agency said the tally of newly registered COVID-19 cases worldwide came in at over 2.1 million for the week ending Sunday, down 15% from the previous week.

The number of weekly deaths fell 10% compared to a week earlier.

Overall, the WHO has reported 626 million cases and 6.5 million deaths linked to the pandemic.

Poverty fell in California during the COVID pandemic, largely due to state and national safety net programs.

According to the Public Policy institute of California, a main driver of this was the expansion of federal child tax credits. However, there’s a deadline to file those tax credits — Nov. 17 — prompting advocates and state lawmakers to sound alarms.

The nonprofit organization estimates about 290,000 California children living at or near poverty could miss out on the 2021 child tax benefit, leaving $928 million on the table.

This is because 37% of the people who became eligible under 2021 guidelines — mostly those making little or no income — may be unaware they need to file income tax forms to receive the credit.

Experts warn that poverty would double without CalFresh and the federal child tax credit, leading to some experts arguing that the COVID-era stimulus measures should be extended.

Yolo County health officials say an “underwhelming” number of residents are getting booster shots to protect against emerging omicron subvariants.

Brian Vaughn, the county’s public health director, told the Board of Supervisors that only about 10% of eligible residents have gotten the bivalent booster.

Vaughn also the health department is trying to expand outreach and get more people vaccinated. In a partnership with the City of Davis, the department will be hosting a vaccination clinic at the Davis Senior Center on Tuesday.. Both the Pfizer bivalent and flu shots will be available.

“Winter will drive people inside,” said Wachter. “There are these new variants that are coming out that are at least somewhat immune evasive.”

Both cited that long COVID is still a big concern as well as getting boosters—especially for older and younger Californians.

“It’s these sort of extremes of age that are at risk for more serious illness,” Pan said. “I want to emphasize to all the parents out there or grandparents, encourage your families to get your kids vaccinated.

A former Connecticut state representative has pleaded guilty in connection with the theft of more than $1.2 million in federal coronavirus relief funds from the city of West Haven.

As reported by the Associated Press, Michael DiMassa, a West Haven Democrat, appeared in federal court in Hartford and pleaded guilty to three counts of wire fraud conspiracy.

DiMassa’s wife and his former business partner also pleaded guilty earlier this year, while a fourth person charged in the scheme awaits trial.

At the time of the theft, DiMssa was both a state representative and an aide to the West Haven City Council.

Prosecutors allege he used his city position to steal the COVID-19 relief funds, some of which he used for casino gambling.

He resigned from both his positions after his arrest last year. Two other people — his wife and business partner — have also pleaded guilty, while a fourth person awaits trial.

The Chinese city of Shanghai has started administering an inhalable COVID-19 vaccine in what appears to be a world first, according to the Associated Press.

The vaccine, a mist that is sucked in through the mouth, is being offered for free as a booster dose for previously vaccinated people, according to an announcement posted on an official city social media account.

Needle-free vaccines may persuade people who don’t like getting shots to be vaccinated, as well as expand immunizations in poor countries because they’re easier to administer.

China doesn’t have a vaccine mandate but wants people to get booster shots before it relaxes strict pandemic restrictions that are holding back the economy and are increasingly out of sync with the rest of the world.

Health officials in California are concerned about both fun and COVID-19 circulating this fall and winter — but some are also worried about another virus that could create a “tridemic” threat.

“We’re seeing a resource of that, and there’s even isolated clustering, not necessarily locally, but in other countries that we have heard in California and other places within the United States,” Luu said.

According to the California Department of Public Health, RSV is the most common cause of bronchiolitis and pneumonia in infants. It’s also a cause of severe disease in adults older than 65.

Luu said while cases are low in the North State now, it’s only a matter of time before the region will see cases rise.

“We’re just at the beginning of the fall season. So we expect that it will be some clusters of outbreaks as we enter further into winter,” he said.

Symptoms include a runny nose, fever, coughing and wheezing. The state health department says young children and infants with RSV may not have a fever but be lethargic, irritable and have little interest in feeding.

There’s currently no vaccine for RSV, but there has been progress in development.

Luu said the best way to protect yourself is to get vaccinated for COVID-19 and the flu. Also, stay home when you or your children are sick to stop the spread.

12:30 p.m.: Disneyland in Shanghai temporarily closed park with visitors inside due to possible COVID-19 outbreak

Visitors to Shanghai Disneyland were temporarily blocked from leaving as part of virus testing the city government said extended to 439,000 people.

According to the Associated Press, Walt Disney Co, and the city government aid, the park closed Monday for virus testing of staff and visitors.

They gave no details of an outbreak, but last week 1.3 million residents to a Shanghai district were told to stay home for testing.

The city government said all Disneyland visitors left by Monday night. Postings on social media said some amusements kept operating for guests who were blocked from leaving. China has stuck to a “Zero COVID” strategy that aims to isolate every case.

A new study suggests vaccinating pregnant women protects their newborns from the common but scary respiratory virus called RSV. The virus is a nuisance for most healthy people, but it can be severe for babies and older adults.

As reported by the Associated Press, efforts to create a vaccine have failed for decades, but some recent promising studies are raising hope that one might finally be getting close.

Rival GlaxoSmithKlein also has reported success with its vaccine versions in seniors.

Workers in a manufacturing facility in the central Chinese city of Zhengzhou appear to have left to avoid COVID-19 curbs.

Many were traveling by foot days after an unknown number of Foxconn factory workers — the factory that manufactures Apple products — were quarantined in the facility following a virus outbreak.

According to the Associated Press, videos on Chinese social media platforms show alleged Foxconn workers climbing over fences and carrying their belongings by foot down the road.

The Foxconn plant in Zhengzhou is one of the largest factories in China that assembles Apple products, including its latest iPhone 14 devices.

Cities surrounding Zhengzhou have appealed to Foxconn workers to report their return in advance so they can undergo appropriate isolation measures.

CapRadio provides a trusted source of news because of you.  As a nonprofit organization, donations from people like you sustain the journalism that allows us to discover stories that are important to our audience. If you believe in what we do and support our mission, please donate today.

Are Fruit Pickers Vulnerable to Sexual Harassment in Fresno?