Charles Barkley Wanted To Seriously Hurt John Stockton: “I Was Trying To Separate His Shoulder Or Break A Rib” 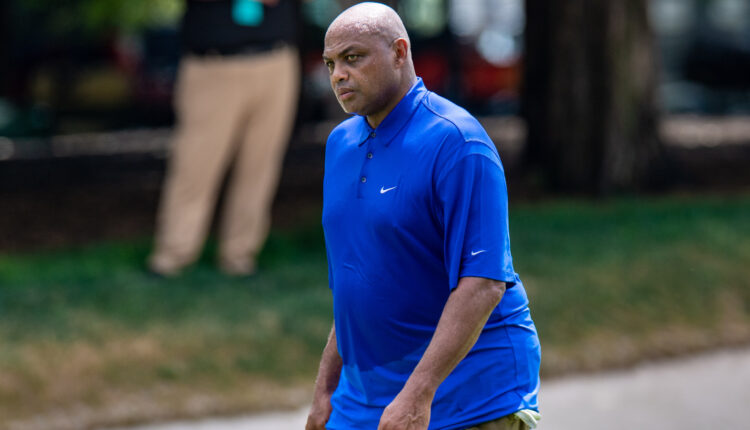 Charles Barkley had it out for John Stockton, admitted he wanted to hurt him.

Charles Barkley and John Stockton both played their best basketball in the late 80s and 90s. The two were among the best players in the league during this era, and have one crucial thing in common with one another. They both lost to Michael Jordan in the NBA Finals, and Stockton managed to do it twice. They are part of a generation of stars that ended their careers ringless because of how good the GOAT was.

But MJ was in the Eastern Conference, and after his early years in Philadelphia, Charles Barkley was very much in the Western Conference. During his years as a part of the Phoenix Suns and then the Houston Rockets, the Chuckster faced off against Stockton’s Utah Jazz team several times. They played one another 41 times during their careers, with Barkley winning 18 times and Stockton winning 23 times.

That many battles are bound to build some animosity between star players, especially considering that they were also facing off in playoff matchups. As such, Barkley and Stockton both had moments where they weren’t the biggest fans of one another.

In 1997 when Charles Barkley was on the Rockets, he got into a heated tiff with Stockton on the court. The two were battling in the playoffs and things got so heated that Barkley later explained that he was seriously trying to hurt John Stockton.

“Obviously, the refs not gonna do their jobs. They’re gonna let them set moving picks, so I was trying to separate his [Stockton’s] shoulder or break a rib. I was serious.”

Barkley was very hotheaded and combative in his playing days, so this is hardly surprising to hear coming from Charles. But despite being smaller than other players, Stockton was never one to back down and gave as good as he got. He was as tough as he was skilled.

This wasn’t the first time someone had tested Stockton, opposition players had even gone so far as to step on his face in prior heated battles. So he wasn’t new to the feeling of people trying to bully him, he just was never one to take it too seriously.

And he got the last laugh in the end, the Jazz beat the Rockets and went to the NBA Finals where they lost to the Bulls. Looking back at it, both Stockton and Barkley likely wouldn’t be as angry about it all, but it does go to show how intense 90s basketball was.