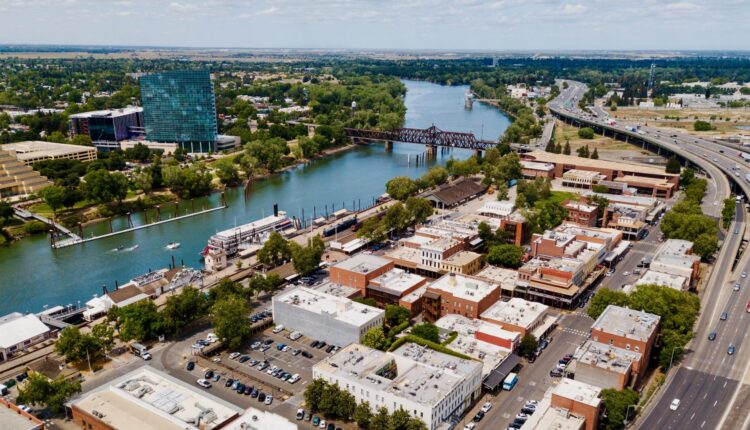 Sacramento vacant property taxes might be on the horizon for city residents, according to District 4 City Councilmember Katie Valenzuela. She brought up the idea last August in council meetings on the Housing Element during the city’s 2035 General Plan process, a policy guide for Sacramento’s future.

The tax, she says, would aim to financially incentivize property managers to reduce rents to levels people can afford or generate income the city can use to assist people who have trouble accessing affordable housing. Valenzuela says she does not have a timeline on when this will be agendized, but it is something city planning staff has been looking into and plans to update her on this month.

“Rental prices are so out of pace with incomes, which is leading to vacant units,” Valenzuela wrote via email. “Part of [the city’s] analysis will include determining just how many vacant units exist today, so we can quantify impact [and] benefit from a measure like this. But in principle, with or without high numbers of vacant units, this makes sense. It’s a win-win from my perspective.”

In the city of Sacramento, a mandatory vacant property tax created to alleviate homelessness would be considered a special tax and require approval from two-thirds of voters.

A vacant property tax, proponents say, could be one approach to help address the housing crisis in Sacramento, a city named in 2021 as one of the 10 worst cities nationwide for both median monthly housing costs and housing costs as a percentage of household income — and the pandemic has only exacerbated the problem.

How the Tax Works

Outside of Sacramento, vacant property taxes for various purposes have been implemented in Oakland, San Francisco, Washington DC and Vancouver, British Columbia.

In Oakland, tax prices range from $3,000 per residential unit to $6,000 per residential parcel. In 2018, the city of Oakland estimated their tax could raise as much as $10 million annually for homeless services, blight remediation and to stem illegal dumping. According to Kimberly Jones, chief of staff to Oakland Vice Mayor Rebecca Kaplan who drafted the measure, the city raised $6.4 million in tax revenue in 2019 and $8 million in 2020.

“[T]he number of vacant properties has trended downward from 2019 to 2020 in all categories,” Jones wrote via email. “There are still a number of vacant lots, but more [property owners]not landlords, are finding their way to exemptions to the tax.”

Beginning in 2022, San Francisco’s vacant tax applied solely to commercial property with the rate per linear foot of frontage is $250 for the first calendar year of vacancy, $500 for the second and $1,000 for the third; however, San Francisco may soon see a vacant homes tax on the ballot.

Washington DC’s vacant property tax encompasses residential, commercial and blighted property and is less about homelessness services and more about ensuring properties are occupied for their intended residential or commercial purposes according to Natalie Wilson, public affairs specialist for the city’s Office of Tax and Revenue.

Vacant properties in Vancouver deemed or declared empty in the 2021 reference year could be subjected to a 3% tax of the property’s 2021 assessed taxable value.

Sacramento housing analyst Ryan Lundquist says the tax could work locally, but to maximize its success policymakers have to understand its impact in other communities. “If the goal is to move the needle to get vacant properties rented or sold, that’s a really noble goal, but will it really yield that?” Hey says. “If this was a very modest tax, I would think it would have a modest impact. If it’s a really small tax, it’s hard to imagine that this would incentivize or motivate people who have had properties vacant for decades sometimes.”

He also expresses concern over stipulations regarding how long a property may sit vacant. “What about people who are renovating properties? Did it just become more expensive to renovate a property that’s technically going to be vacant for three to six months until the renovation is complete?” Lundquist says. “I would hope that there’s some sort of provision for that because we do need to see properties renovated and in a beautiful condition in order to hit the market for resale or for rent.”

In Oakland, a property is considered vacant if it is in use less than 50 days in a calendar year; the city’s vacant property exceptions include but are not limited to: “very low income,” “financial hardship,” “demonstrable hardship unrelated to personal finances,” “exceptional specific circumstances” and “active construction.”

Valenzuela says city planning staff is too early in its analysis process to set a justifiable amount of time of vacancy before taxing that “will make sense here in Sacramento.”

Future of Tax in Sacramento TBD

A representative for the Sacramento Housing and Redevelopment Agency declined to comment on whether the agency would be in favor of a vacant property tax because the topic concerns a policy issue that a councilmember is considering bringing forward and has yet to be discussed by the full body of elected officials.

“Property [has] rights,” Nottoli says. “I think a lot of folks choose to have nothing on their property. As long as it’s maintained in a manner that’s not inconsistent with building and zoning and … health codes, I think it’s within their rights.”

The city of Sacramento does have its own tax incentives to remediate blighted property; these specific programs are so far voluntary, like the Urban Agriculture Incentive Zone ordinance. The program provides vacant and blighted property owners the option of entering into a voluntary agreement with the city of Sacramento to use the property agriculturally for five years in exchange for a property tax benefit, according to the city’s website.

“There is a balance to strike between providing sufficient incentive to rent out or sell units, and ensuring that we’re not overburdening property owners,” Valenzuela says. “One of the pressures [of] driving higher prices is high rates of return expected by some commercial lenders. I really want Sacramento to adopt a holistic approach to this challenge so we can ensure the best outcome for all of us.”