Courthouse Plaza does its part to bring jobs to downtown Stockton 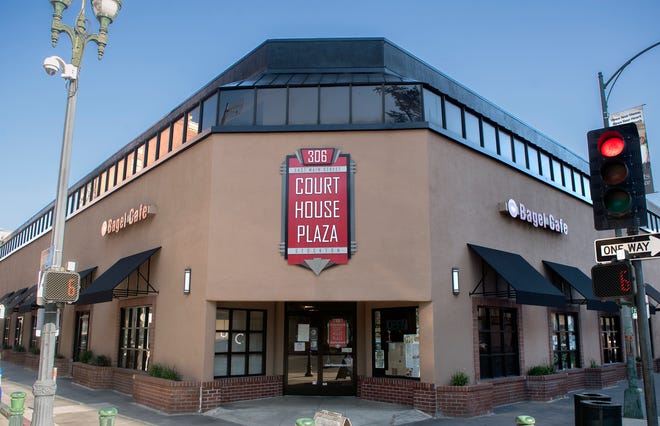 It was about two years ago that Parents By Choice purchased Courthouse Plaza in downtown Stockton for $1.9 million.

It was a purchase of need, opportunity and vision.

At 48,000 square feet, Courthouse Plaza was more than large enough and was listed for sale on Craigslist.

And Tony Yadon, executive director of Parents By Choice, had always dreamed of what the building could be and what it could do.

Parents By Choice purchased Courthouse Plaza in the summer of 2020 and by the fall, it became the first of 10 new occupants to lead a revitalization of the complex. And now the building boasts an indoor mall and is close to full occupancy, hosting more than a dozen businesses.

Yadon said that two years ago the building was about 90% vacant.

Those days he said are long gone.

Instead of a quiet, empty space, jobs and activity have been brought to downtown Stockton.

“You come in during the workday and it’s very common to see 25 or 30 people either in line at our coffee shop or eating at a table in our café, or just milling around, going in and out of shops. It’s not something you would have seen two or three years ago.”

Since re-opening in 2020, the complex on the corner of Main and San Joaquin streets has seen a variety of tenants move in, including a bar and grill and a hair salon, as well as a retail and event space that showcases local artists and vendors. In June, an arcade that employs youth aging out of the foster care system opened.

“Some of our tenants that we’ve seen have relocated from other parts of Stockton,” Yadon said. “We have one tenant that lived in the Bay Area and moved here to open a business. We’ve had others who are brand new and never existed before.”

And it has become a hub for small businesses to grow.

Amanda Heuer, owner of the popular Lodi antique shop Secondhand Rose, said her shop is going to be opening a second location at Courthouse Plaza in October.

“I think that we’re going to be offering something that’s not like anything downtown,” Heuer said, adding that the store has an abundance of unique, vintage items.

Heuer said the Lodi location has been in business for 35 years and is well established.

“To bring it to downtown Stockton, I think it’s going to be beneficial for all parties,” Heuer said.

It has become a place for outside vendors as well.

Desi Tellez, founder of Made with Love in 209, a sea moss business, said she sold her products at a small business market held at the plaza earlier this year.

“I really appreciate how they’re using the space for local small businesses,” Tellez said. “I just want to continue to see it thrive.”

Yadon said he hopes Stocktonians who haven’t been to Courthouse Plaza recently consider making a trip.

“A lot of people have an opinion on downtown or they have an opinion on the Courthouse Plaza, maybe because they had lunch there when they were down for jury duty years ago,” Yadon said. “They may already have this opinion of what’s inside, but I would just encourage them to come back and see for themselves because it’s much different.”

Record reporter Hannah Workman covers news in Stockton and San Joaquin County. She can be reached at [email protected] or on Twitter @byhannahworkman. Support local news, subscribe to The Stockton Record at recordnet.com/subscribenow.

What Sacramento students should know about after school programs