Cruising has been banned in Modesto for 30 years. One group is trying to change that. 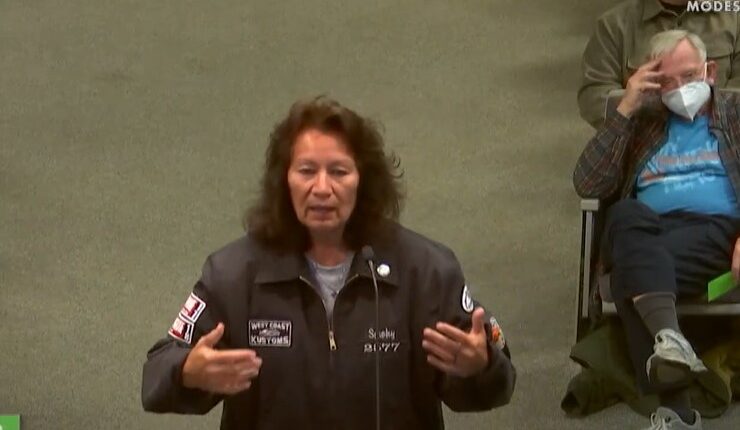 For more than 30 years, the city of Modesto has banned a pastime long connected with the city: cruising. A group of advocates dedicated to preserving lowriding culture is pushing the Modesto City Council to consider lifting that ban.

In 1990, the Modesto City Council unanimously approved an ordinance outlawing cruising within city limits. The ordinance was proposed by the Modesto Police Department, which reported that it saw traffic problems and a spike in crime related to cruising events.

The ban on cruising has been in place at Modesto since then. Several California cities — including Sacramento, San Diego, Santa Ana, Visalia and San Jose — banned cruising in the 80s and 90s.

But that’s changing, at least in some places: Sacramento, San Diego and San Jose’s city councils have voted to overturn respective bans on cruising within city limits this past summer. The Modesto Cruisers Council was formed to lobby Modesto City Council to do the same.

Modesto City Council chambers were filled with members from a half dozen car clubs on Tuesday. Though no items on the City Council agenda addressed cruising, the Modesto Cruisers Club recruited members from the community to show support at the last council meeting of the year.

Among those who spoke in favor of lifting the ban was Bob Holloway from the Modesto Cruisers Council.

Natalie Perez told the council cruising is about inclusion.

“[It’s] an environment that is celebrating culture and where more people feel like they belong,” Perez said.

Council member Chris Ricci said he wants to put the matter on the agenda for a vote in the near future.

“Cruising bans are rooted in racism and perceptions on gang culture from the ’80s and ’90s, so I believe it’s time to lift this ban,” Ricci said.

“I believe cruising is an expression, not only of Chicano culture but African American culture, Asian culture, and hot rods and more,” Alvarez said.

In August, State Assembly members passed a resolution encouraging cities to overturn their cruising bans and work with local car clubs to throw safe and welcoming events. The resolution also recognized the history and culture of cruising in California.