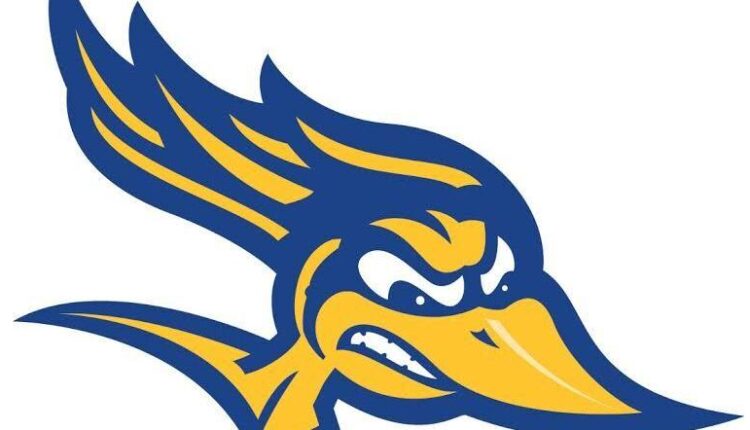 Rarely can summarize a single number of an entire game, but for Thursday afternoon’s women’s basketball matchup at the Icardo Center, let’s go with 23.7.

That was Pacific’s overall shooting percentage against Cal State Bakersfield. Contested or open, inside or outside (they went 2-of-20 from deep), the Tigers couldn’t find a rhythm anywhere on the court. Meanwhile, the CSUB offense bounced back from occasional moments of dysfunction to turn in an all-around effort and secure a 54-41 victory.

That result reverses Pacific’s 13-point win at Stockton last November. It also gives the Roadrunners, following a string of blowout losses on the road, a morale-boosting win to close the preseason.

“This game right here sets the tone for us going into the Big West,” CSUB head coach Greg McCall said.

The trio of guards Taylor Caldwell, Grace Hunter and Sophia Tougas each scored in double figures, as the combination of Caldwell’s ability to drive to the basket and Tougas’ outside shooting prowess proved challenging for the Tigers’ defense.

“When you’re surrounded by shooters, it opens up the lanes a lot,” Caldwell said. “I have Soph and Grace on the court with me, so they’re usually taking a lot of the attention off of me.”

After a sloppy end to the first quarterback Pacific gave a one-point lead, back-to-back 3-pointers from Tougas and one more from Hunter became a 9-0 run that put CSUB up 26-18.

“Something that we say in practice is ‘You hit, I hit,'” Tougas said.

When the Tigers closed the gap again, Caldwell drove to the basket for four separate field goals, the last one through a foul, as part of a 12-2 run. That gave the Roadrunners a double-digit lead at 38-26, and they didn’t let Pacific back in for the rest of the game.

For the Tigers, Anaya James, their top scorer of the year, was held to 2-of-15 from the field and nine points, four coming on a string of late free throws. However, Elizabeth Elliott did some damage in the post with 17 points and nine rebounds, and McCall said his team would need to do a better job denying the ball to adept post players.

On the whole, though, the defensive effort was strong enough to limit all non-Elliott players to 8-of-47 shooting.

“It was just mostly getting after the shooters, getting out to those corners, and really just playing from inside out,” Tougas said.

The only time Pacific seemed to gain the upper hand was that stretch to close the first quarter, in which a string of three turnovers helped the Tigers take a 14-13 lead on a pair of Elliott free throws.

McCall said his team’s experience playing tough foes on the road helped them shake off the cold streak.

“These young ladies, they’ve done a really good job of just wanting to continue to compete,” he said.

Kayla Morris made a pair of strong post moves to put CSUB back up, then Hunter slung a cross-court pass to Tougas for a 3-pointer to open the 9-0 run.

Hunter side-armed it downcourt again in the third quarter to freshman Julia Riley, who made a clean catch inside and put in a layup that boosted the Roadrunners’ lead to 14 points.

“Some of (Hunter’s passes are) a little bit scary for me, but she makes it work,” McCall said. “We have to sometimes live and die with that … I was like, ‘No no no no, yes yes yes!'”

Tougas had six of CSUB’s 10 fourth-quarter points as the Roadrunners cruised to victory.

“I think this team, we’re definitely young, but I think that also will work to our advantage,” Tougas said. “I think we have a lot of key pieces on the team — everyone has their thing that they deliver to the team.”

Something bodes well for the Roadrunners: Pacific beat Big West foes UC Riverside and Cal State Fullerton, both on the road, this preseason. (The Tigers did lose at home to UC Davis.)

CSUB will host UCR Thursday to open its conference slate.