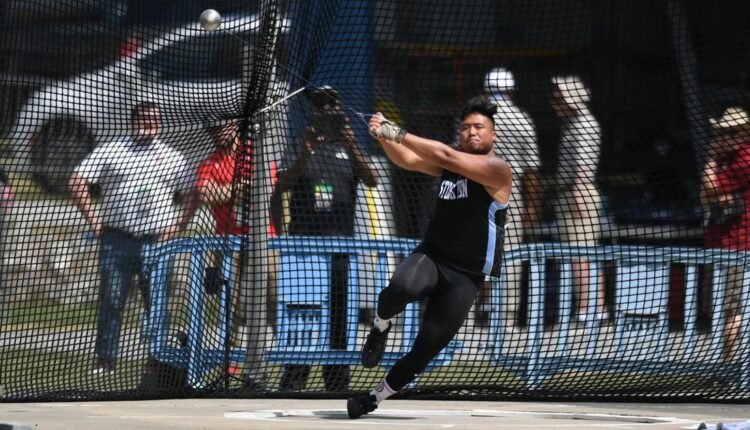 Wan’s throw of 58.25 meters in the hammer throw not only set an Osprey’s record but cemented All-American status for the Egg Harbor Township High School alumnus for the first time.

Wan’s best throw came on his fourth attempt of six. He nearly broke the record on his second throw (58.15m).

Wan’s previous record was 58.17 meters he achieved April 30, 2021, at the Osprey Twilight in Galloway Township.

This season, Wan placed second in the hammer throw at the New Jersey Athletic Conference Championships on May 9.

Holland was the NJAC champion in the pole vault, winning the event a total of eight times (four times each indoor and outdoor).

The championships were held Thursday to Saturday at SPIRE Institute.

It was the last sporting event of the 2021-22 Stockton year.