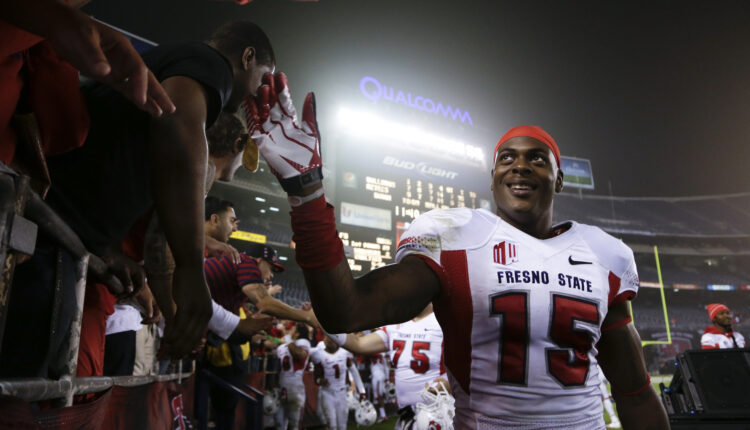 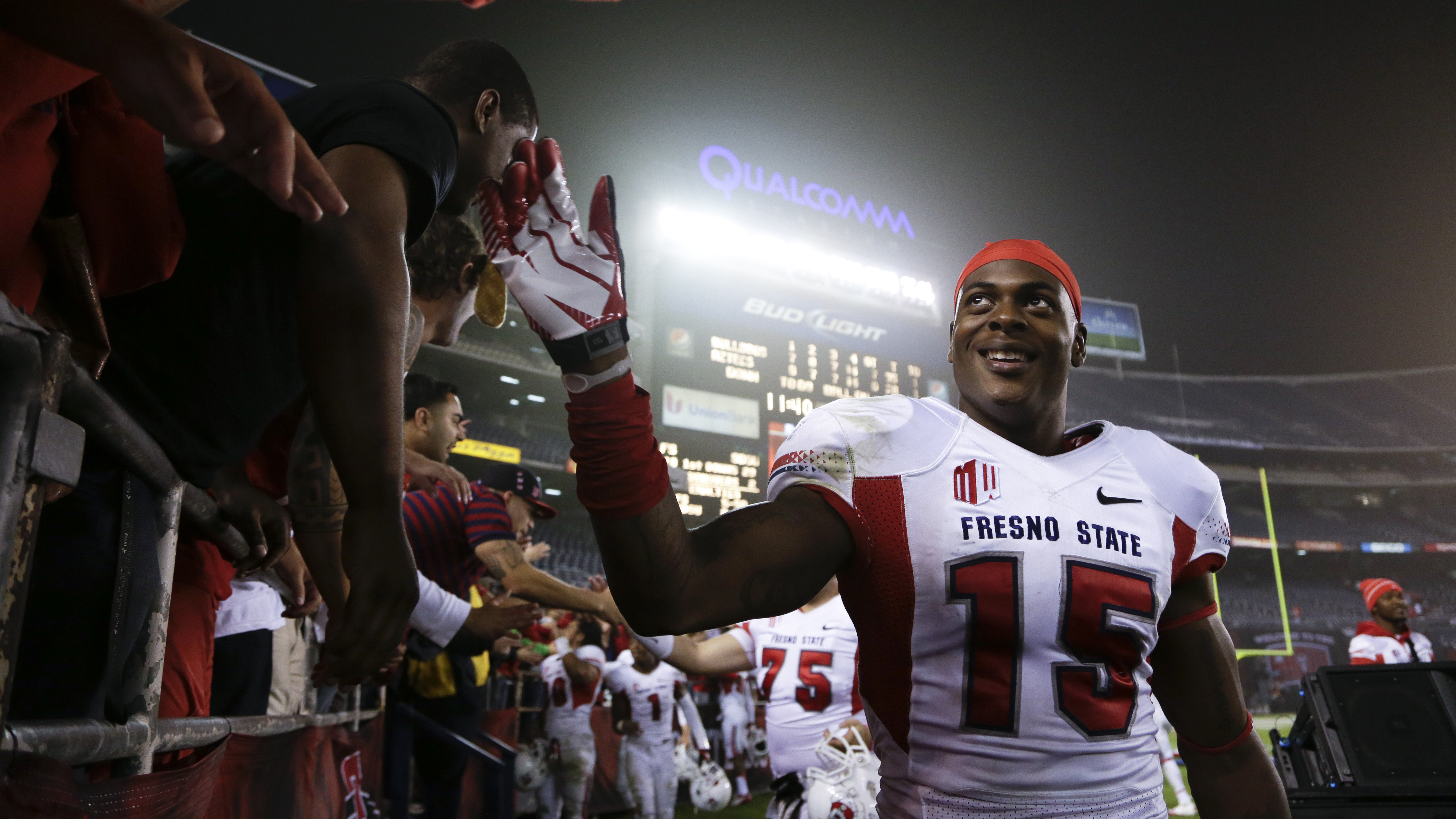 Adams played at FS from 2011-2013 and was a two-time collegiate All-American catching 38 career touchdowns (school and Mountain West records).

After being named MW Freshman of the Year in 2012, Adams followed that up with a dazzling 2013 where he was named first team All-MW and named to 8 different All-American teams.

In his two seasons with the Bulldogs, Adams finished with 38 touchdowns, 233 receptions and 3,031 yards, in the process setting 14 new MW records and 11 new FS records.

His current teammate, who also played with him during his time at Fresno State, Derek Carr was also in attendance for the ceremony.