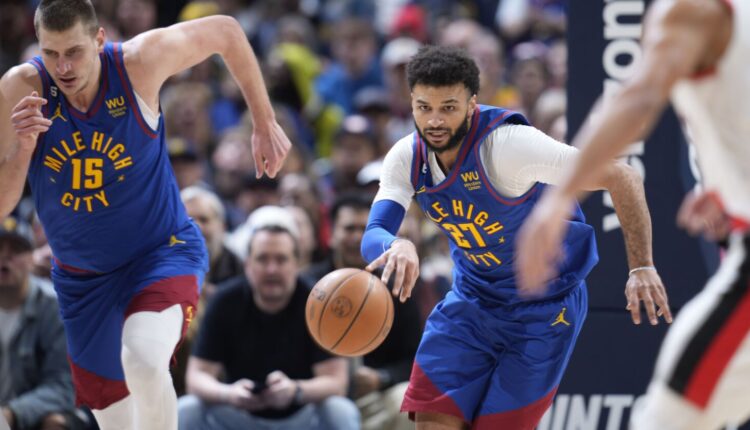 David Adelman has been filling in as the Denver Nuggets’ head coach for the past few days while usual head coach Mike Malone is in COVID-19 health and safety protocol, and on Wednesday night he made a comparison between his two best players and two Utah Jazz legends.

Speaking to reporters after the Nuggets beat the Minnesota Timberwolves 122-118, Adelman was asked about the luxury of having both two-time NBA MVP Nikola Jokic and star guard Jamal Murray playing together during the fourth quarter of a close game.

Adelman, the son of longtime NBA head coach Rick Adelman (who was an NBA head coach almost continuously from 1989-2014), compared watching Jokic and Murray to watching Jazz Hall of Famers John Stockton and Karl Malone, who both played from the mid- 1980s until the early 2000s.

“I’m going to date myself, but it’s like watching Stockton and Malone,” David Adelman said. “I mean, it really is. It’s not like it’s a set. It’s just space, and two guys that understand each other.

“The chemistry there is so incredible, and I thought Jamal was really smart tonight … yeah, man, it’s fun to watch those guys play that two-man game, ’cause it’s not just one thing. It’s a million things at once.”

Asked about the comparison, Murray said with a smile, “I mean, I don’t think Stockton could score like me” before he detailed how the Nuggets pulled out the win.

Jamal Murray: “I don’t think Stockton could score like me.” 😜 pic.twitter.com/jMQMRTERk8

Buchanan wrestling tops Clovis 38-18 in ‘The Big One’