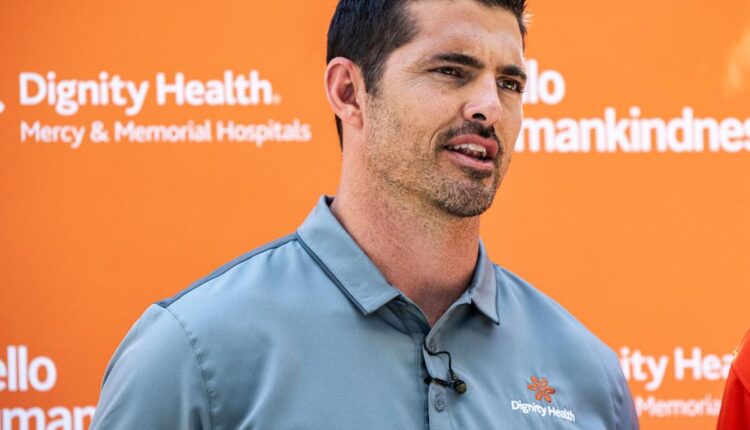 David Carr has definitely made an impact on the local football landscape.

The former Stockdale High and Fresno State quarterback, who was the top overall pick in the 2002 NFL Draft, went on to an 11-year professional career and received a Super Bowl ring as a member of the 2011 New York Giants.

After retirement from playing, Carr continued to be busy. He currently is an NFL Network analyst and serves as offensive coordinator at Bakersfield Christian, where his younger brother, Darren, is head coach, and his father Rodger is quarterbacks coach.

Now, starting with Week 1 of the NFL season, Carr is planning to add his voice to the local radio waves as part of IHeartMedia’s “CK on Sports” show that runs each weekday from 3 to 4 pm in Bakersfield, Fresno and Stockton.

“I’m excited to participate with the IHeartMedia broadcast this season,” Carr said through his representative. “And I’m especially thrilled that all of the fans in Fresno and Bakersfield, as well as other parts of the Valley, will have access to the show.”

The show, which stars Chris “CK” Hall, can be heard locally on 970 AM, with Carr joining the program each week for a 15-minute segment called “The Audible,” which is sponsored by Valley Children’s Hospital.

A two-year starter at Fresno State, Carr threw for 4,839 yards and 46 touchdowns, with just nine interceptions, his senior season with the Bulldogs.

After being taken no. 1 by the Houston Texans expansion, where he started for six seasons, Carr finished his career with the Carolina Panthers, San Francisco 49ers and Giants (two stints), throwing for 14,452 yards and 65 touchdowns in his career.

Interview: Creators of Dinner at Tiger dish on Sacramento cuisine