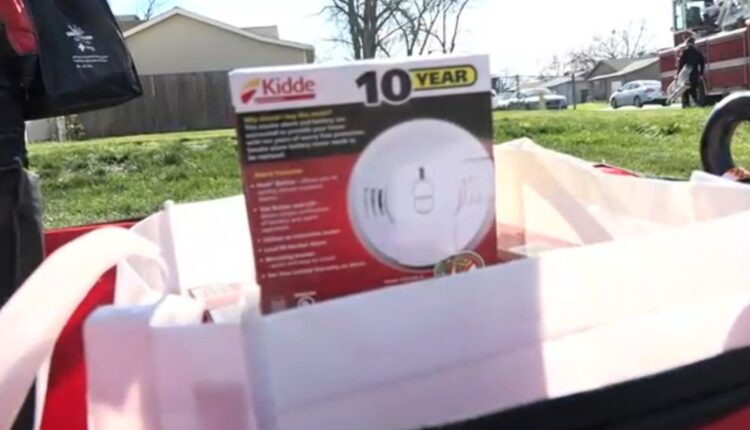 Sac Metro Fire partnered with the Red Cross to install smoke detectors and share fire safety tips in neighborhoods that have been impacted by recent deadly fires.

SACRAMENTO, Calif. — Communities throughout the Sacramento area have been grappling with tragedy since the holiday season. Sac Metro Fire responded to 4 deadly house fires in the two weeks leading up to the end of 2022: two in Rio Linda, one in North Highlands and one in Rosemont.

Sac Metro Fire partnered with the Red Cross to install smoke detectors and share fire safety tips in neighborhoods that have been impacted by recent deadly fires. Their hope is to prevent a similar tragedy from happening in the future.

Fire crews and volunteers with the Red Cross went door-to-door and installed about 100 smoke detectors free of charge. They also handed out fire safety checklists and educational materials in North Highlands and Rio Linda, which are two communities that have been impacted by recent deadly house fires.

On Christmas Eve, a house fire in Rio Linda killed one person; three other people were inside, including an infant, at the time. They were able to make it out.

On Christmas, a fire at a North Highlands home took the life of 22-year-old Tizita Abdrazak, known by friends and family as Destiny.

Two dogs were also killed in the fire which investigators say was caused by an artificial Christmas tree. There were no working smoke detectors in the home, according to investigators.

“We look at the total amount of house fires, 50% of those are in homes that do not have working smoke detectors so it’s obviously a very significant issue and it’s a very avoidable issue too,” said Parker Wilbourn, Captain and spokesperson for Sacramento Metro Fire.

If a fire starts, the Red Cross said you may only have about two minutes to get to safety.

Now is the time to prepare your home and family members as well. The Red Cross recommends the following tips to stay safe:

Second Half Surge Propels Hawai’i Past No. 8 Fresno State