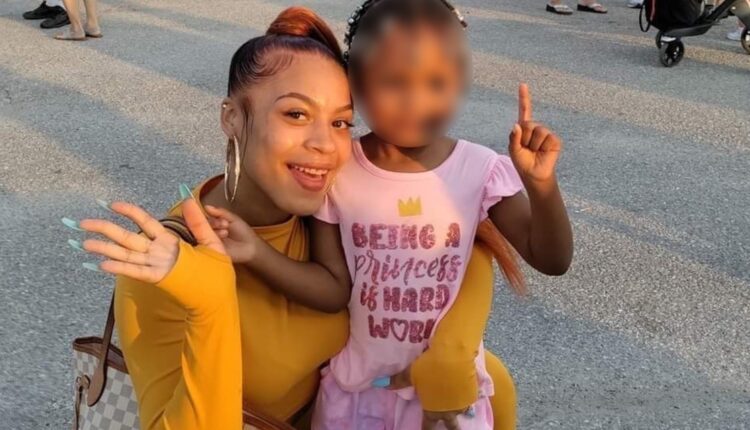 Her family, nearly 2,700 miles away in Pennsylvania, is trying to bring her back home to be buried with her father.

MODESTO, Calif. — A Pennsylvania family is desperately trying to bring their loved one home after she was shot and killed in Modesto.

Di’Asia Sease, 22, was found dead at a Best Western hotel on July 20. Her alleged killer was ultimately caught and booked into jail on a homicide charge.

Sease’s brother, Marquise Stewart, was across the country in Ohio, ready to go to sleep before he got the call about his sister’s death around 1 am

He said their tight-knit family has been struggling ever since the news came in, devastating their mother as she tries to handle funeral arrangements in Pennsylvania. Stewart said the weight of that news still hits him every single day.

“I can’t lay down without shedding a tear before I go to sleep. I cry myself to sleep every night because I miss hearing that voice,” he said.

Stewart said his sister was “the life of the party,” beautiful inside and out with a gift for writing, singing and composing.

“When she comes to the room, she definitely grabbed your attention, you know, just because she just so beautiful. And then her personality as well was just so beautiful, which was like rainbows and butterflies and unicorns and skittles,” he said.

His last memory of Sease was a surprise visit she made to Ohio last year, where she got to see her nephews for the first time. While distance kept the siblings apart physically, he said they would both talk regularly. Since her death last week, he said this is the longest he’s gone without hearing her voice.

“That woman right there, that was the person who I could go to talk to about anything… and I was always happy to have my sister,” Stewart said.

While Sease was born and raised in Pennsylvania, she was known to travel. He wasn’t surprised to hear that she was in Modesto.

“She was just coming from Miami before that – like, she’s been everywhere. She went to New York, Baltimore and the West Coast,” Stewart said.

However, he still has questions. Maurice Franklin Jr., 31 of Stockton, was the suspect arrested in the homicide, but Stewart said he’s never seen him before.

“We were really hoping to hear from the detectives if there was a motive, if he knew her, for how long, if it was a random act, if he was trying to commit other crimes against her? Like, we don’t know . We don’t know, so we’re just hoping to get those answers,” he said.

“I’m just sick of these guns, and I feel like she’s just so little and so fragile. What would warrant you wanting to shoot her? What would make you want to shoot her – like, my little sister?” he added.

The answers elude the family for now, but they continue to hope that justice will be done.

“Nothing is going to satisfy me unless that man rots in prison. They can’t give him a number. I don’t care if its 200 years. That’s not enough for me,” Stewart said.

Tosha Small, Sease’s mother, told ABC10 that her daughter had been striving to better herself for her 4-year-old daughter.

“She was taking online college classes and working her to build her credit score up cause she wanted to buy a house for her family some day. She loved her siblings and family wholeheartedly and would give her shirt off her back for anyone,” Small told ABC10.

One of the family’s biggest priorities now is bringing Sease back home to Pennsylvania to be buried with her father.

“Basically, we need about $3,000 to get her body from Modesto, California to Harrisburg, Pennsylvania, so she gets a proper proper burial with her family,” Stewart said, noting that the cost is just for transportation alone.

For anyone interested in helping the family cover the costs for transport and the funeral, they have a fundraiser available HERE.

What Will Happen in California When Ana Matosantos Steps Down?