Dog missing from Sacramento turns up in Kansas 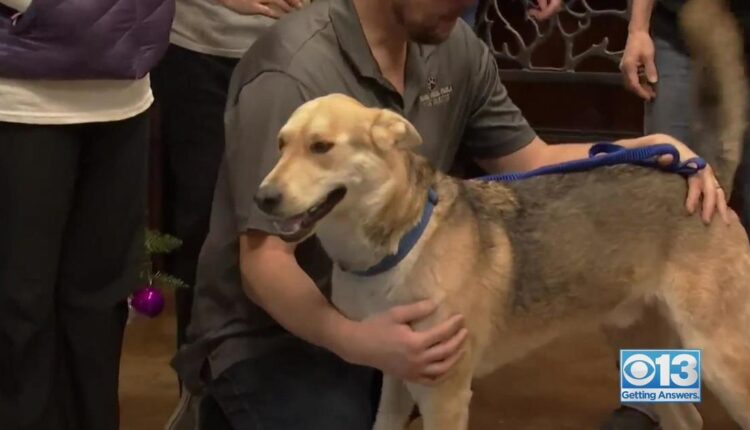 Dog missing in Sacramento turns up in Kansas

Dog missing in Sacramento turns up in Kansas

SACRAMENTO – Only Zeppelin the dog knows how he ended up hundreds of miles from home, but his owner is just glad to know how he’ll get back.

“We kept looking for him for quite some time. We were very sad,” said Sandra O’Neil.

“I went out to the pasture to see what our dog was barking at and found him,” Heather Reichart said.

Reichart says she finds strays in her Kansas pasture all the time. But something told her Zeppelin needed help. When she brought him to a vet clinic, his microchip showed even though he was in Kansas he certainly wasn’t home.

“I was overcome with emotion. I was very excited to see him. He looked really good,” Sandra told CBS13 after she saw Zeppelin over FaceTime.

It’s clear Zeppelin knows how to travel, but now comes the long trek home. Call it a Christmas miracle, but he already found a friend to drive him back.

“I saw that he needed a ride and I needed a co-pilot and I said, ‘let’s go Zeppelin, you’re going home!” said Mary Hastings.

It just so happens that Mary Hastings, a dog owner herself, would be visiting her daughter in Kansas when she heard Zeppelin’s story. Now, she’ll have a buddy on the drive back to California.

“I got a little tear from that. It’s amazing. It’s ok ma’am. You’ll have him by Christmas,” said Hastings.

Sandra won’t be the only one waiting. Zeppelin has several puppies anxious to see their dad again.

Mary plans on hitting the road with Zeppelin over the weekend and having him back home in a couple of days.

Marlee Ginter is an Emmy Award-winning investigative journalist. She joined CBS13 in January 2020 from WOOD TV8 in Grand Rapids. Prior to that she worked at KOMO TV in Seattle, Washington; WISH TV in Indianapolis, Indiana; WSPA TV in Spartanburg, SC; and WTOC TV in Savannah, Georgia.