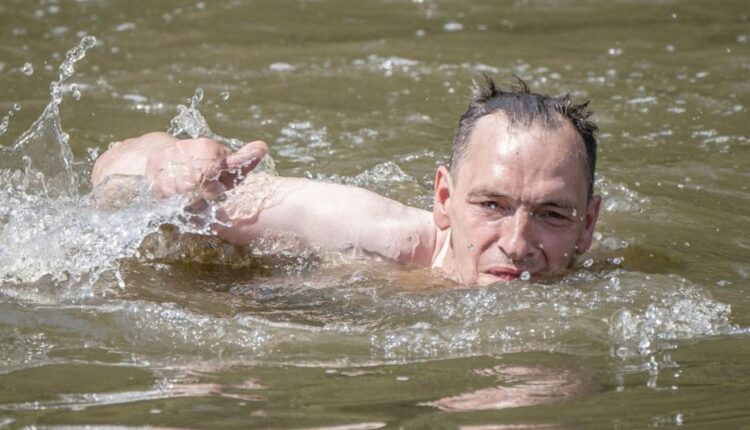 Just two months after it was granted city status by the Queen, Doncaster’s residents have been marveling at temperatures hovering around the 40C mark.

The South Yorkshire city, perhaps best known for being the birthplace of the locomotive Flying Scotsman and pop star Louis Tomlinson, was largely deserted on Tuesday as its population appeared to have heeded warnings to avoid the record-breaking temperatures.

Unofficial weather watchers around Doncaster were recording temperatures around the 39 or 40C mark, with reports that Doncaster Sheffield Airport, about three miles from the city center, had hit the magic 40C mark.

There were fewer than 10 people out in the sun at Sandall Park with children’s playgrounds, the banks of the lake and acres of parched grass left completely empty.

Billie Mercer, 22, was one of the few to brave the scorching temperatures, sunbathing with her friend Jamie Greene, 23.

Ms Mercer said: “I don’t care. It doesn’t happen very often so I’m going to make the most of it.

“I know there’s no-one here but I’m sticking it out whatever.”

No one was within 100 meters of the swings and the metal slide which was impossible to touch without incurring severe burns.

Someone had written on the ground in chalk: “Stay Inside. OMG it’s 40 degreesC”. 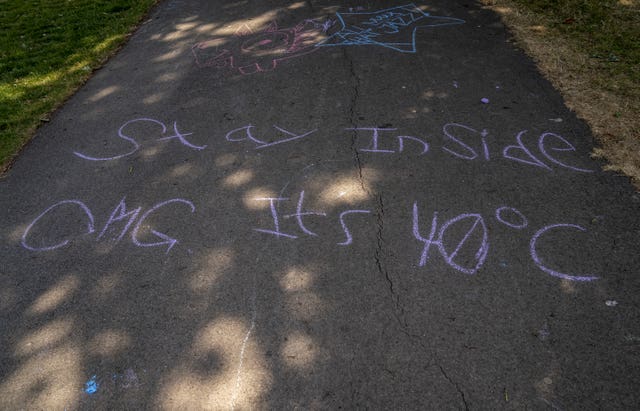 Writing on the ground (Danny Lawson/PA)

In the city centre, many of the market stalls closed early with most shoppers avoiding the baking streets.

And only a few people braved the outdoor seating outside the many pubs round the Market Place.

Steve Gouch said: “You’ve got to make the most of it.

“But I won’t be here for long.

“A couple of pints is all I’ll manage.

“I can’t believe it’s this hot in Donny.”

But Sue Dennis said: “I don’t get it.

“Everyone goes to Spain and Turkey and it’s this hot.

“They don’t stay inside there all week do they?” 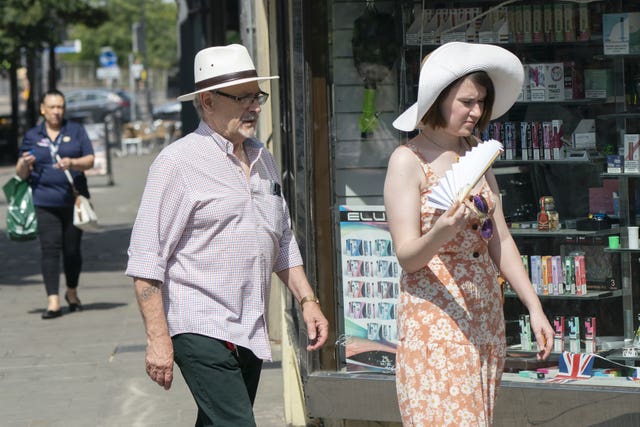 People in the center of Doncaster (Danny Lawson/PA)

Doncaster Council deployed its gritters to the streets on Tuesday, spreading rock dust to help with the softening surfaces.

And concerns grew on Tuesday afternoon after South Yorkshire Fire and Rescue said they were dealing with a number of field fires around the city.

A large plume of smoke could be seen south of Doncaster from a fire in fields between Rossington and the airport.

Emergency services closed some roads in the area as firefighters tackled the blaze.

They said they were also dealing with a large fire in the Hatfield area of ​​the district and there were also reports of another in the Sprotbrough area.

In Some States, Voters Will Get to Decide the Future of Abortion Rights