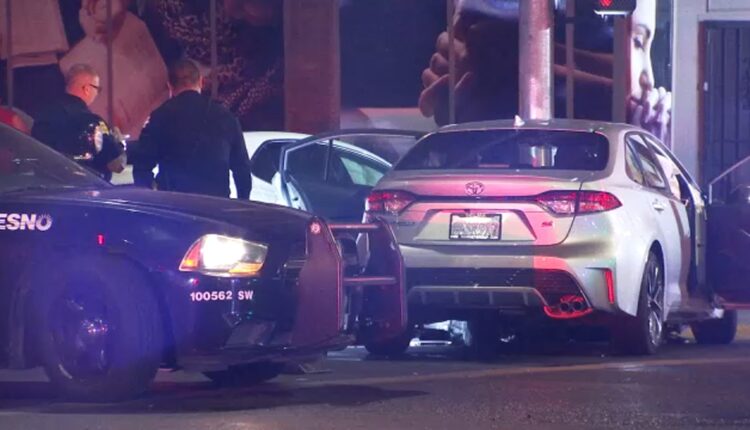 Fresno, Calif. (KFSN) — Police are investigating a two-car crash in central Fresno that sent one person to the hospital.

It happened just before 1 am on Friday.

Investigators said a driver traveling east on Belmont Avenue was hit by another driver going south on Fulton Street.

One of the vehicles caught fire, but first responders were able to put out the flames quickly.

The woman inside the car that caught fire was taken to the hospital. The extent of her injuries is unknown.

Police said the other driver was not hurt.

Officers are working to determine who was at fault for the crash. Both drivers were evaluated for DUI.