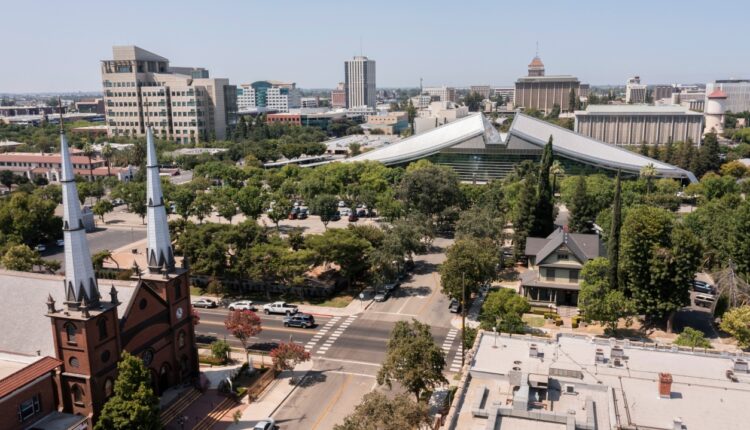 You know when you’re driving through town and it feels like you’re hitting every red light? Every Single. One.

It’s not in your head. While we often think of traffic being defined by gridlocked highways and interstates, congestion on main city streets actually make up 60% of traffic delays in urban areas, researchers at Texas A&M’s Transportation Institute found. They set out to rank cities by how often drivers there are likely to hit red.

“American drivers share a common experience – and sometimes a common frustration – with traffic signals every day,” said Luke Albert, an associate research engineer who worked on the study. “We’ve developed a way to compare those experiences from one city to another.”

The city that ranked at the very bottom? Fresno, California. Let’s explain the math.

The researchers looked at 210,000 traffic lights in 101 cities for a week in October 2020 in order to determine a “Traffic Signal Efficiency Index” for each place. What does that number mean? It measure how much more likely a driver is to come across a green light than they are to drive up to a red light.

The national average for all the cities surveyed was 1.7, the report said. That means the average driver is 1.7 times more likely to hit a green light than a red light.

But in Fresno, the score was 1.1. Drivers there had about equal chances of hitting a red or green light.

Residents in these 10 cities spend the most on household bills, report finds

Another, much bigger, California city wasn’t far behind. San Jose ranked No. 5 on the list of worst-performing stoplights. It scored a 1.3, and only slightly more than half (56%) of arrivals at intersections showed drivers a green light.

The Indio-Cathedral City metro area and the San Francisco-Oakland area both fell very close to the national average score of 1.7.

Only one California city, Oxnard, performed better than the national average when it comes to drivers hitting red lights. But even then, its score was 1.8 – just above the average.

On the other side of the spectrum, drivers in Boulder rarely have to hit the brakes. Their score was 2.6, meaning they see green lights at intersections 2.6 times as often as red lights.

The 15 cities that scored worst nationwide, where drivers hit red lights most frequently, were:

Not a single California city made the list of top performers.

The 15 cities that performed best, where drivers were less likely to get stuck at red lights, were:

The researchers found that cities with more stoplights generally scored better than cities with fewer lights at intersections.

California ranked 14th from the bottom.

They also noted the timeframe they studied could have impacted results. For example, cities in Louisiana were dealing with power outages in the wake of Hurricane Delta in October 2020, which may have affected signals at intersections.