Editorial – Fresno Bee: McCarthy needs to look in his own mirror | opinion 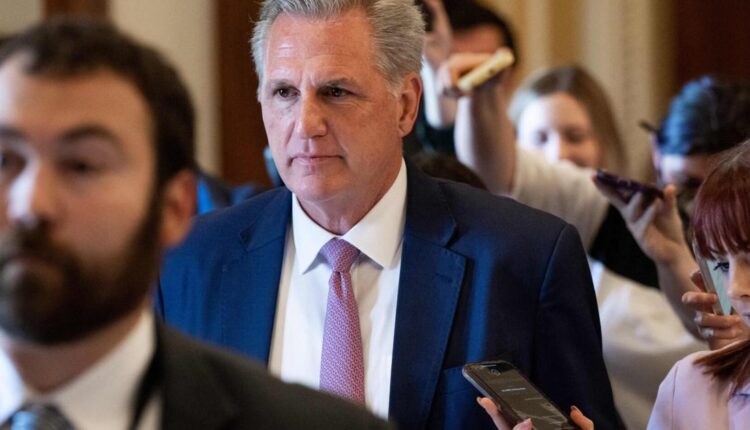 This editorial was published in The Fresno Bee

So Kevin McCarthy doesn’t like it when he gets called a nasty name. tough. He’s done it for years.

The Republican leader in the House of Representatives from Bakersfield, California, told an audience on Thursday – in Biden’s hometown of Scranton, Pennsylvania, no less – that the president owed an apology to Republicans throughout the nation for liking them to “fascists.”

While there can be interpretation on just what the label “fascist” means, it is generally recognized to describe the authoritarian states that sprung up in the World War II era, such as in Italy. Under fascism, there is no will of the people, just the power of the one supreme leader.

“President Biden has chosen to divide, demean, and disparage his fellow Americans. Why? simply because they disagree with his policies,” McCarthy said in his speech, according to CNN. “That is not leadership.”

He went on: “When the president speaks tonight at Independence Hall, the first lines out of his mouth should be to apologize for slandering tens of millions of Americans as ‘fascists.’”

McCarthy offered his take in the hours before Biden was to address a national audience from Philadelphia. The speech was centered on countering extremism in the GOP and supporting America’s democratic principles.

The Biden remarks McCarthy found divisive came during a recent meeting with Democratic donors in Maryland. The president spoke to them about “extreme MAGA philosophy.” That refers to former President Trump’s campaign slogan, Make America Great Again, and his followers under that mantle.

“It’s not just Trump,” Biden said, “it’s the entire philosophy that underpins the -I’m going to say something: It’s like semi-fascism.”

It’s clear that Biden referred to the value system, not individuals. That said, it can well be argued that Trump has acted in a fascist way, and his ardent followers have joined in.

Case in point: Trump’s refusal to accept the 2020 election result, Biden’s win, and his subsequent talking point in the GOP that the election was “stolen.”

A leader in a fascist mold would believe there can be no result other than him winning the election. If that does not happen, then that leader claims the election was rigged and stolen. His followers then respond accordingly.

Case in point: The Jan. 6 insurrection at the Capitol.

The sample size of mainstream Republicans who continue to question Biden’s legitimacy as president is more than large enough to concur that Biden has a point for comparing that mindset to fascism. As Americans, we either believe in democracy or we don’t. When GOP leaders like McCarthy seek to invalidate the will of voters in a Biden electoral victory that wasn’t close, they evoke authoritarianism.

Why is McCarthy still doing that, including before a national audience while rebutting Biden Thursday night? Stop “socialist” nonsense

It’s not as if McCarthy hasn’t used his office to accuse Democrats of being “socialists” when he disagreed with their policies.

Here is an example from McCarthy’s Twitter stream last spring:

Last fall, during a debate about an environmental and climate spending bill, McCarthy turned to his Democratic colleagues and said: “I think you’re fighting to make this a socialist country.”

A dictionary definition of socialism is “a political and economic theory of social organization which advocates that the means of production, distribution, and exchange should be owned or regulated by the community as a whole.”

Last time we checked, American car companies still made cars and trucks as they wished. Oil and gas companies still produced fuels, not a state-run enterprise. Small businesses across the country, each one operating as it wished. No government boss told them what to do.

Yes, there is government regulation. But socialism? get real

The socialism tag is meaningless slander. But the “semi-fascist” label actually has merit to today’s GOP. That is the crisis of our democracy.

If McCarthy is serious about the tone and tenor of today’s politics, he should watch his own mouth first. Stop the socialist nonsense. Fight for your beliefs, but respect your opponent. Uphold the 2020 election. That would do wonders to make America great again.

As an Amazon Associate I earn from qualifying purchases.

Where to find Orlando City vs. Sacramento Republic on US TV