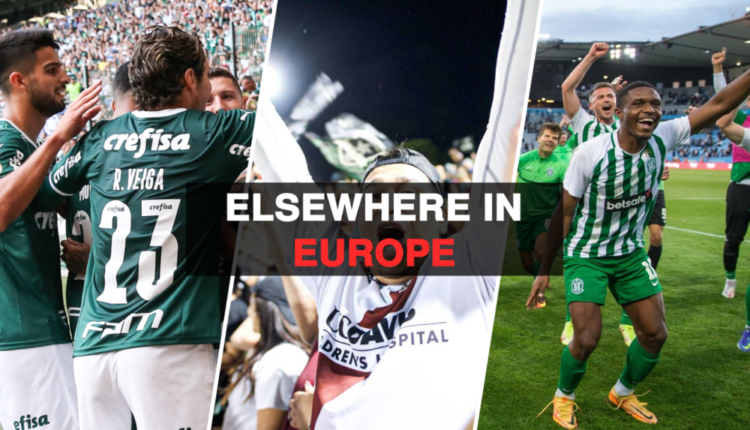 Yet again, we will also have to rely on storylines from the rest of the world too as we will be heading to the Americas. Before that, though, we will cover the first big story of the 2022/23 season in European football.

There are many things that UEFA have not done well over the years, but one thing that has drawn universal praise is the creation of the Europa Conference League, which has enabled teams from smaller European leagues to showcase themselves on the continental stage.

One of the standout stories is that of Lithuanian champions Žalgiris Vilnius, who have advanced to the third round of the Champions League qualifiers.

They did so after beating Swedish champions Malmö home and away in the second round, with the aggregate score reading 3-0. Next up, they will face Norwegian champions Bodø/Glimt in the third round.

Even if they lose, they are guaranteed a spot in the Europa Conference League at least, so they will become the first Lithuanian side to feature in a European competition this season.

Back home, they are on course to win their seventh league title in the last decade as they sit first with just over half of the season done.

🇺🇸 United States: Sacramento Republic FC a step away from the unthinkable

USL Championship side Sacramento Republic FC are having quite a season. They are on course to qualify for the play-offs in the league, but more importantly, they have become the first non-MLS team to reach the final of the US Open Cup since Charleston Battery in 2008.

They have taken down three MLS sides en route to the championship game, where they will face a fourth in Orlando City FC.

Their wins over the San Jose Earthquakes and LA Galaxy were very impressive, but not nearly as enthralling as their semi-final success against Sporting Kansas City, which saw no goals in 120 minutes and a very entertaining penalty shoot-out, featuring arguably the coldest panenka and celebration combination in recorded history by Maalique Foster.

Orlando City will still be considered favorites in the final of course, but Sacramento Republic will fancy their chances of becoming the first lower-tier side to lift the Open Cup since 1999.

🇧🇷 Brazil: Palmeiras on course for their first league title since 2018

Palmeiras are the best side in South America at the moment, certainly going by the fact that they have lifted the last two Copa Libertadores trophies, but surprisingly, they have failed to win the Brazilian Serie A in the last three seasons.

That record may well change this season, though, as they have a four-point lead at the top of the table at the midway point of the season. They have only lost two league matches so far, and boast of both the best attack and defense in the division based on goals.

Of course, we like to dig a step deeper, and this is where things get interesting. Palmeiras’ underlying numbers are undoubtedly impressive, but not as much as Flamengo’s, who are in the top right with the best xG and lowest xGA tally in the league, which would make them the best side in the league based on this.

The good news for the league leaders is that they have a nine-point lead over Flamengo, who have been fairly unlucky in a number of matches, so the meaningful advantage is theirs.

Carlos Tevez took on his first managerial job in the second half of June, just a few weeks after retiring from professional football as a player.

He took charge of Rosario Central, a club that has only finished in the top 10 of the table on one occasion since 2015, having won promotion most recently in 2013. Tevez took charge after four matches had been played in the Liga Professional, which is the second phase of the Argentine season. At the time, Central were down in 22nd in the league table, but have now climbed up to 13th.

Tevez lost the first two matches of his managerial career but bounced back very well thereafter as his side are unbeaten in four league games, a run that includes a draw at Copa Sudamericana qualifiers Independiente and a win over Newell’s Old Boys.

The underlying numbers clearly highlight the improvement Rosario Central have made in the last few matches after a pretty poor 2022 overall, and their 5-game rolling average xGD (Expected Goal Difference) has never been better at any point this year.

If they can keep going like this, they might be able to achieve an elusive top 10 finish in the league table at least.