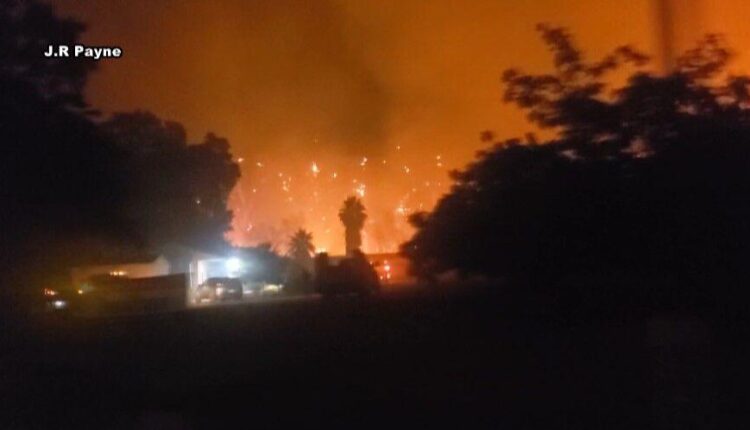 PRINCETON, Calif. – A control burn fire got out of control near the Glenn-Colusa County line Thursday night. Early Friday morning the fire was controlled, with a few hot spots still visible.

The fire started around 9 pm Thursday night. Firefighters confirmed it started when a controlled burn by the Butte City Fire Department got out of control during gusty winds. The fire jumped from the east side of the Sacramento River to the west side not far from homes.

It burned in the Princeton area near Highway 45, along the river by the levee. There is no estimated size.

The Colusa County Sheriff told Action News Now there were evacuations. Action News Now Photographer Michael Maddalena was on the scene overnight and said nearby residents were hosing down their hoses as a precaution.

The Colusa fire chief says they have the fire under control near the town.