Family of Tracy Gaeta files lawsuit against city of Stockton 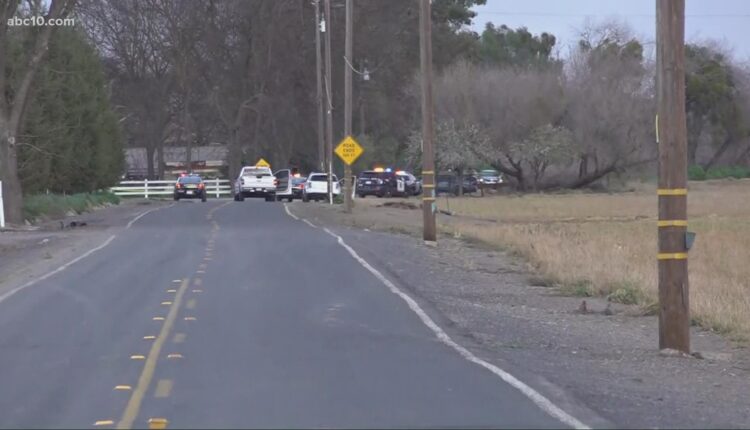 The City of Stockton said Friday morning that the city had not yet been served with the lawsuit.

The complaint filed in the US District Court for the Eastern District of California Friday morning alleges a violation of Fourth and Fourteenth Amendment rights, a violation of the Ralph Act, negligence, wrongful death, battery and Monell liability.

The City of Stockton said in a statement it has yet to be served with the lawsuit.

“The City does not comment on active litigation, except to confirm if we have been served/received,” the statement said. “We have not received it/been served.”

According to videos released by the Stockton Police Department in April, Gaeta’s car crashed into a marked Stockton Police patrol car while stopped at a red light on Dr. Martin Luther King Jr. Boulevard near Interstate 5 on Feb. 22.

The officer whose car was hit attempted to follow Gaeta after she made a u-turn on the on-ramp of I-5, driving towards the officer’s car who then pulled over to avoid a collision, police said.

After pulling over, police said the officer whose car was hit lost sight of Gaeta.

According to Stockton Police, “a short time later,” a dispatcher advised on police radios that they had seen a vehicle matching the description of the suspect’s car traveling westbound on Dr. Martin Luther King Jr. Boulevard after running a red light at Fresno Avenue.

A Stockton Police K-9 officer later notified the dispatcher the car was at Charter Way and Roberts Road and he had started a pursuit, police said in their April briefing video.

Body camera video released by police begins as the officer exits his car.

In the video, Gaeta’s car can be seen moving in reverse, striking the front of the officer’s car. The officer was knocked back inside his car. Police officials said he hit his head as he advised over radio that he was being rammed.

The officer attempted to get out of his car again as Gaeta continued to back into the police car, the video shows. The officer then fired his weapon.

In total, about 30 gunshots can be heard in a span of about 32 seconds but due to the number of shots it is difficult to get an exact count.

The officer who opened fire is heard saying, “I got one down in the car, stage medics” before the video ends five seconds later.

After the last shots rang out, the Stockton Police Department said more officers arrived on the scene and pulled the driver out of the car.

According to the complaint filed Friday, Gaeta had no criminal history and was in the midst of a mental health crisis.

The complaint alleges that the officer who shot Gaeta broke Stockton Police Department policy by parking his police cruiser three to five feet behind Gaeta’s car and exiting his car without waiting for more officers to arrive, placing himself in a position of danger.