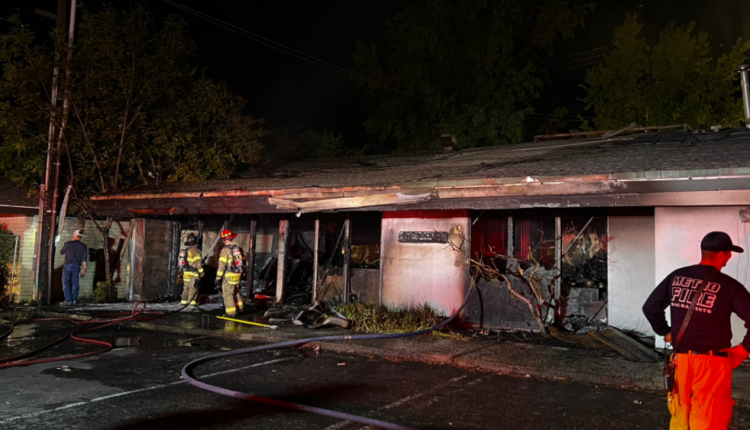 ARDEN-ARCADE (CBS13) – A fire damaged a commercial structure in Arden-Arcade on Sunday.

According to Sacramento Metropolitan Fire District, crews arrived at the building on the corner of Watt Avenue and Cody Way and attacked the fire, then searched for victims. The building, which suffered heavy fire damage, is known to be occupied by homeless people and has also had several fires burn there, the district says.

The fire has been extinguished. The cause of the fire is under investigation.

Metro Fire is working a commercial structure fire in Arden Arcade. Crews arrived to heavy fire, initiated fire attack and completed a search for victims. The building is known to be occupied by homeless persons, and has burned several times in the recent past. pic.twitter.com/NDBn1CBhse