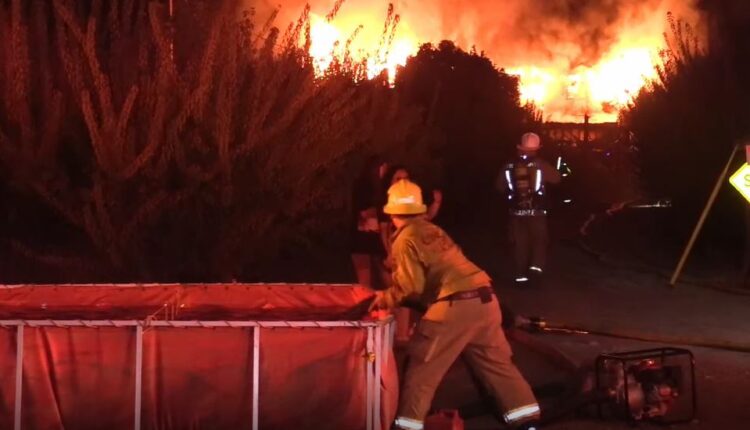 FRESNO COUNTY, Calif. (KSEE/KGPE) – A home is destroyed after a fire broke out Friday evening in Fresno County, according to Fresno County Fire.

The extent of the fire forced Fresno County Fire into defense mode, with assistance from Sanger City Fire.

The homeowners were present at the time of the fire and suffered smoke inhalation but no further injuries. No pets or vehicles were affected by the fire.

Fire officials say that the home is considered a total loss. The cause of the fire is still under investigation.