For Kaiser therapists, the strike is over but the work goes on • Sacramento News & Review 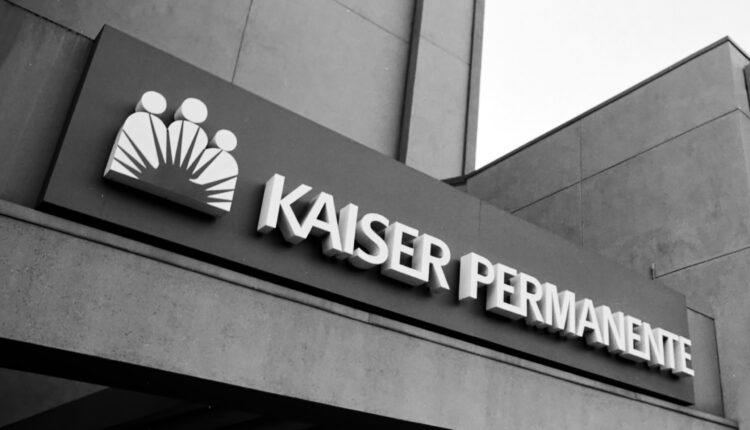 This story is produced by the award-winning journalism nonprofit Capital & Main and co-published here with permission.

When Jesus Solorio, a Kaiser therapist in Oakland, reflected on the 10 weeks he recently spent on the picket line, his thoughts could range widely, encompassing both frustration and inspiration.

He’s bitter by what he called Kaiser’s tendency to stall and scapegoat therapists, and uses words like “weary” to describe his current state. In the next sentence, however, he praised the strike for bringing workers together, generating public support and setting the stage for future fights.

“I’m glad it’s over,” he concluded. “And I’m somewhat hopeful for the future.”

In October, Solorio and more than 2,000 mental health clinicians in Northern California, members of the National Union of Healthcare Workers, voted to ratify a four-year agreement with Kaiser to end a 10-week strike, one of the longest by mental health workers in American history. (The longest, involving NUHW members who work for Kaiser in Hawaii, is ongoing and has now entered its fourth month.) The agreement, which was brokered by Sacramento Mayor Darrell Steinberg, includes wage increases of 3%-4% per year.

Wages, though, were never at the heart of the strike; according to the union, workers had agreed to Kaiser’s wage proposal before striking. What clinicians sought was to revamp Kaiser’s approach to mental health care by carving out more time for their patients and more control of their schedules.

“This is not just a one-time thing,” said Alexis Petrakis, a family psychologist in Sonoma County. “We know that the fight is not over. This is a long game.”

Therapists were granted about two additional hours each week to perform tasks outside of face-to-face sessions, like responding to emails from patients and communicating with social service agencies. Bilingual therapists like Solorio, who previously earned an extra $1 an hour, will now earn $1.50. And therapists who work with children, like Petrakis, will be given 90 minutes to conduct their initial intakes, up from 50 minutes. “I don’t know if you know, but families are complicated,” Petrakis said with a laugh. “Time is our tool, and when we don’t have enough of it, we don’t achieve the goals we want.”

Kaiser therapists routinely receive four to five new patients a week; with bulging caseloads, patients may be forced to wait up to eight weeks between appointments. California passed a law this year, SB 221, sponsored by NUHW, which requires health insurers to provide appointments within 10 business days unless a therapist deems it unnecessary. (Disclosure: NUHW is a financial supporter of this website.) At Kaiser, therapists say, that’s simply not possible given the level of staffing and number of patients.

The centerpiece of the agreement is the formation of five laboratory management “Model of Care” committees. The committees, made up of clinicians on the labor side and mostly clinic directors on the management side, will tackle issues such as child and family therapy and crisis care and will make recommendations after six months, with a principal goal of hiring more therapists and providing more frequent initial and follow-up treatments for patients.

Michael Torres, a clinical psychologist at Kaiser in San Leandro for 20 years, said that while committees have been formed before, they haven’t led to concrete action. “There’s a bit of hopelessness and reluctance to believe that this is going to come through with anything,” he said. “I feel like I’ve given Kaiser 20 years, I’ve spoken out about the problems, been on the picket line, and I’m losing steam.”

Sal Rosselli, president of NUHW, said the contract this time around is different. “The language says that Kaiser will implement and fully fund the recommendations,” he told Capital & Main. “Language that is enforceable is going to change the way Kaiser provides mental health care.” Sacramento Mayor Steinberg, who helped mediate the current contract to end the 10-week strike, has agreed to mediate if conflicts come up during the committee recommendation process.

The contract, then, can be seen not as resolving core problems related to mental health services at Kaiser, but as potentially setting the stage for their resolution — another way of saying that the next few years will likely be contentious between the union and Kaiser, even with a contract.

In Hawaii, where 52 mental health clinicians remain on strike against Kaiser, a potential future conflict has already emerged. In December, the state’s largest health insurance purchaser began allowing its members to easily switch from Kaiser to another health care provider if they report being unable to access mental health services during the strike. Members of Hawaii’s Employer-Union Health Benefits Trust Fund (EUTF), which covers state and country employees, typically can switch only during open enrollment periods or after filing an appeal that is investigated and approved. The vote came after the board heard from Kaiser patients, including a teacher who said Kaiser has canceled five appointments with her therapist.

The union said that it wasn’t aware of another instance in which a major health insurance purchaser had allowed its members to switch providers over concerns of inadequate care. “We’re ready to work with Kaiser to increase staffing and improve access to care,” said Rosselli. “But if Kaiser continues to get away with violating mental health parity laws and clinical standards then major health care purchasers in other states should follow Hawaii’s lead and make sure their members can get the mental health care they’re paying to receive.”

In an emailed statement, a Kaiser representative said that the company shares “EUTF’s interest in a timely resolution to the strike” and that to date it has not received any requests from EUTF of members requesting to switch coverage. “Unfortunately, NUHW has a standard strategy that it uses in bargaining on the mainland, including strikes, and making unsubstantiated claims to try to create undue concern about access to mental health care services,” the Kaiser rep wrote.

It’s no secret which other states the union may have in mind. The California Public Employees’ Retirement System, or CalPERS, is the second largest employer purchaser after the federal government. In 2020, it spent $9.74 billion on health benefits, covering more than 1.5 million Californians. CalPERS works with seven HMOs, including Kaiser. Any move to follow EUTF’s example could constitute a threat to the company.

In California, the five committees have been formed. In about six months, a series of detailed recommendations should be made, but how consequential those recommendations will be remains to be seen. What is certain, says Petrakis, is that achieving the major goals of the therapists — like having more time with patients and less overwhelming caseloads — remains a formidable challenge. “Something like bilingual pay went up — that’s done and easy to see on a pay stub,” she said. “The issues we’re talking about, from caseload management to the structure of crisis teams, are more complicated. And so it can be a lot easier for them to put it off or delay. We just have to stay vigilant and committed to holding them accountable to the commitments they made.”

How to get rid of your Christmas tree after the holidays