For Kids With Kidney Disease, Pediatric Expertise Is Key — But Not Always Close By 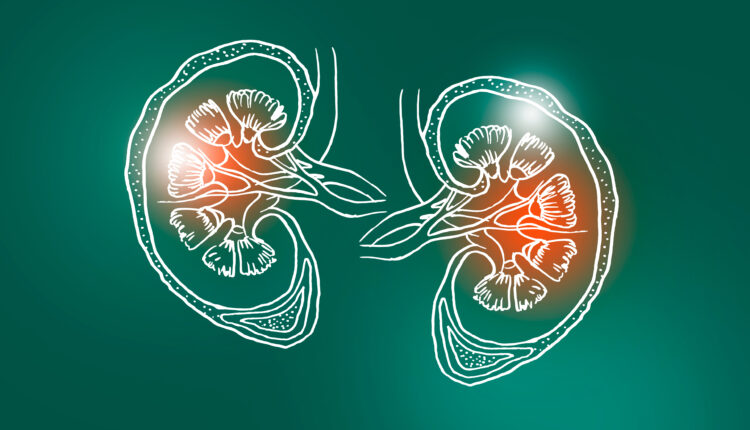 Jaxon Green, 6, was diagnosed with kidney disease the day he was born. His illness meant that for years his life would depend on daily dialysis. And because his family lives in Tamaqua, a rural Pennsylvania town, his diagnosis also meant taking frequent two-hour trips to Philadelphia to see the closest pediatric nephrologist — even though an adult dialysis center was just five minutes from their home.

Pediatric kidney care is not as simple as prescribing small doses of adult medication, said Dr. Sandra Amaral, the lead researcher for a study published by JAMA this month. It’s important for children with kidney disease — especially end-stage kidney disease, or ESKD — to receive specialized care, but pediatric nephrology is a niche field. On top of that, specialists are not spread out evenly across the country.

Amaral and her team of researchers sought to examine these geographic differences and their impact on kids who need dialysis — a blood-filtering treatment that takes over the role of the kidneys — and are waiting for transplants.

To do this, the researchers compared how long it took for children who received treatment at for-profit dialysis centers to reach certain milestones — for example, being placed on the waitlist for a kidney transplant — compared with children who received treatment at nonprofit dialysis centers. “We’re sort of using profit status a little bit as a surrogate for having access to pediatric expertise,” said Amaral, the medical director of the kidney transplant program at the Children’s Hospital of Philadelphia, or CHOP, where Jaxon receives treatment.

Specifically, nonprofit centers are usually in urban areas and part of major hospital systems, such as CHOP and the Johns Hopkins Hospital in Baltimore. For-profit dialysis centers are more likely to be stand-alone facilities, tend not to have pediatric specialists on staff, and serve more rural areas.

The retrospective study followed 13,333 children who began dialysis treatment between 2000 and 2018. Among its findings:

One factor behind the findings, Amaral said, is that many facilities are big dialysis chains that primarily serve adult patients and whose physicians are trained in adult medicine and lack pediatric expertise. “So I think that our pediatric patients may be falling through the cracks,” Amaral said.

Childhood end-stage kidney disease is rare. Fewer than 10,000 children in the U.S. have been diagnosed with ESKD, less than 1% of all people with the illness, according to data from the U.S. Renal Data System, part of the National Institutes of Health.

An editorial accompanying the study, written by Dr. Mary Leonard and Dr. Paul Grimm, both Stanford University physicians, explored why children who receive dialysis at nonprofits are being put on waitlists for transplants and getting them at a faster rate than children at for-profit centers. The difference, they wrote, “likely reflects greater clinician experience with the special needs of pediatric patients with ESKD and their families, as well as more robust facility-level processes and structures needed to care for these vulnerable patients.”

Receiving dialysis at nonprofits may make the process of being placed on the kidney transplant list smoother because the child is already plugged into a hospital system’s network, Amaral said. Pediatric nephrologists at nonprofits are usually connected to other departments in the hospital, including transplant teams that can help patients be in a better position for waitlist referrals. “For my patients on dialysis at CHOP with chronic kidney disease, we’re all kind of a one-stop shop,” Amaral said.

On the other hand, for-profit centers typically provide only dialysis care, so to initiate the process of getting a kid on a waitlist, they would have to reach out to other networks and transfer the child’s information. Amaral said this could be a lengthy and slow process.

The rate at which patients are referred for a transplant is one way to measure a dialysis facility’s quality of care, said Keisha Ray, an assistant professor at McGovern Medical School at UTHealth Houston, because centers play a major role in helping patients through the process. “They’re supposed to be the advocate; they’re supposed to be there for navigation purposes and administration purposes,” said Ray, who is not associated with the study.

The researchers also observed that children living in the Northeast were more likely than those in other areas of the country to receive dialysis care at a nonprofit facility.

Dr. Rita Swinford, director of pediatric nephrology at UTHealth Houston, considered this variable central to understanding why some children do not get on transplant lists as quickly as others. “It could be that they’re not close to transplant centers and access to care is key,” said Swinford, who is not affiliated with the study.

Three-year-old Nora Murphy, like Jaxon, was diagnosed with kidney disease the day she was born. Her mother, Jillian Murphy, knows well that the difference between treatment from for-profit dialysis centers and from nonprofits can be seen beyond numbers.

For roughly a year, Nora received dialysis at a for-profit center that was about an hour away. It was the closest facility to the small town in Connecticut where the family lived.

Later, Nora began getting her dialysis treatments at home, spending at least 12 hours every day “hooked to the machine,” Jillian Murphy said. The child typically did a lot of it overnight, when the Connecticut center wasn’t open. “So if there’s a problem with dialysis, it would happen overnight when there isn’t access to any dialysis-trained nurses,” Murphy said.

When problems occurred, like an infection, the family had to go to the hospital — nearly an hour away — that wasn’t well equipped with supplies or staff knowledgeable about pediatric kidney care. Murphy took to keeping a “go” bag holding dialysis equipment in case such a situation arose.

“I had to be ready to supply the hospital,” she said.

Last year, the family moved to Philadelphia to be closer to a children’s hospital.

55 pounds, or $110K worth of meth seized in Stockton drug bust

Few Places Have More Medical Debt Than Dallas-Fort Worth, but Hospitals There Are…