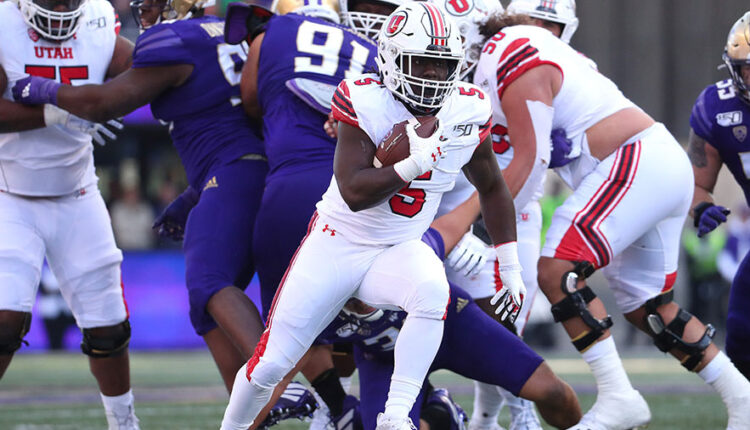 LOGAN, UT – Former University of Utah and Fresno State running back Jordan Wilmore has transferred to Utah State after one season with the Bulldogs.

Wilmore appeared to make the announcement by posting a picture of Utah State’s 2022 football schedule from the locker room with the caption, ‘That time of year’.

The 5’8, 203 pounds Wilmore carried the football 67 times in two seasons after joining the University of Utah in 2019.

As a freshman out of Lawndale, California, Wilmore carried the ball 49 times for 194 yards and one touchdown. He averaged four yards per carry with a long a 23 yards.

His opportunities began to dwindle during his sophomore season. A year in which he just received 18 carries for 54 yards and zero scores. Wilmore saw the writing on the wall with transfer commitments from TJ Pledger and Chris Curry following the 2020 season.

After entering the transfer portal following his sophomore year, Wilmore settled on his hometown Fresno State Bulldogs of the Mountain West Conference.

While playing in six games for the Bulldogs, Wilmore added 14 carries and 77 yards out of the backfield, scoring one touchdown and added a pair of catches along the way.

Tyler Jr. was a big part of the Aggie’s run to their first-ever Mountain West Conference title. In 2021, he rushed for 884 yards and seven touchdowns on 196 carries all of which were team bests. Tyler Jr. also had four 100-yard rushing games that season while proving deadly in the passing game too. Tyler Jr. caught 11 passes for 50 yards, finishing the year with 934 all-purpose yards.

Gentry saw action in all 14 games for the Aggies last season, totaling 268 all-purpose yards. He had a career high 14 carries for 47 yards in the Aggies season opening victory at Washington State.

Makakona, a senior running back who played his prep football and nearby Hunter High School, played in 11 games for the Aggies in 2021. He rushed for 101 yards on 42 carries while catching one pass for 10 yards. This will be his fourth season with the Aggies after playing on season with Colorado Mesa University in Grand Junction, Colorado.

After finishing 11-3 last season, the Aggies are scheduled to play nine nationally televised contests in 2022. A week two matchup against the Alabama Crimson Tide will air on the SEC Network. The Aggies travel south to face BYU in Provo on Thursday, September 29 in a game that will be shown on ESPN.

The defending Mountain West conference champions open the 2022 season at Merlin Olsen Field at Maverik Stadium against the American Athletic Conference’s Connecticut Huskies on Saturday, August 27. Kickoff is scheduled for 2 pm (MST) and the game will be televised on FS1. This game can be heard on The Zone Sports Network.