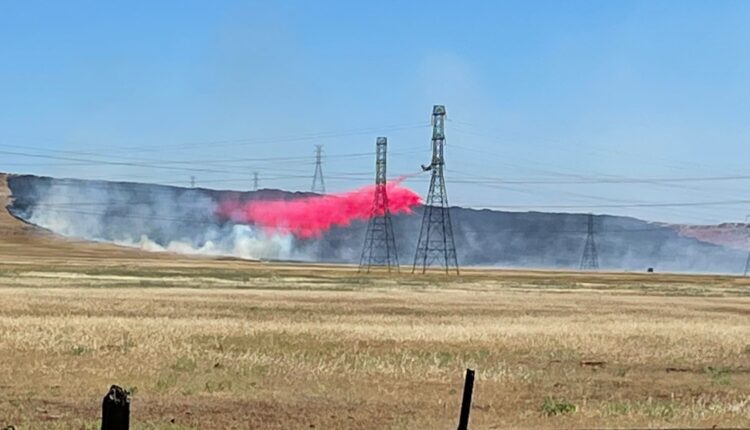 BUTTE COUNTY (CBS13) — The latest on the two fires burning near Oroville in Butte County:

It was checked yesterday, and no smoke was found. They said it will be checked again later in the day.

The latest update on the Sandra Fire is 34 acres and 85 percent contained, as of Saturday morning, according to Cal Fire.

Two structures have been destroyed.

The forward progress of both fires has been stopped. Cal Fire said crews would remain in the area into the night.

The Butte County Sheriff’s Office said all evacuation orders and warnings they issued — Forebstown zones 684 and 831, and Hurleton Zone 855 — for the 35-acre Sandra Fire have now been lifted.

The evacuation warning for the Nelson Fire that was issued for the area north of the Afterbay has been lifted.

Mandatory evacuation orders remain in place for Forebstown zones 684 and 831 for the nearby Sandra Fire.

Additionally, the Yuba County Office of Emergency Services issued evacuation warnings for zones YUB-E002, YUB-E007 and YUB-E010 and advise residents in those areas to be ready to go if necessary.

An evacuation shelter has been set up at the OroNaz Church on Monte Vista Avenue in Oroville for those impacted by the Sandra Fire.

Some mandatory evacuations have been issued as crews battled two separate fires in Butte County on Thursday.

The Sandra Fire, which has burned 35 acres so far, sparked during the afternoon hours in the Robinson Mills area east of Oroville. Mandatory evacuations were issued for residents in Forbestown zones 684 and 831.

An evacuation warning is also in place for Hurtleton Zone 855.

The exact size of the fire is unknown at this time.

Oroville Mayor Chuck Reynolds posted a message on social media saying the town, which sits between both fires, is not in any danger. Reynolds also said one structure has been destroyed in the Sandra Fire and two more were threatened.

Firefighters are arriving at scene of a vegetation fire in Robinson Mill. Requesting significant augmentation of resources. #SandraFire pic.twitter.com/jPPxKh918G

The Nelson Fire has grown to approximately 250 acres with 40 containment reported, Cal Fire’s Butte Unit said. The location of the fire is west of Oroville between highways 99 and 70 and north of Cottonwood Road.

The Butte County Sheriff’s Office said the evacuation warning is for the area north of the Thermalito Afterbay for zone 737. Civilians in the area should be ready to go if deemed necessary.