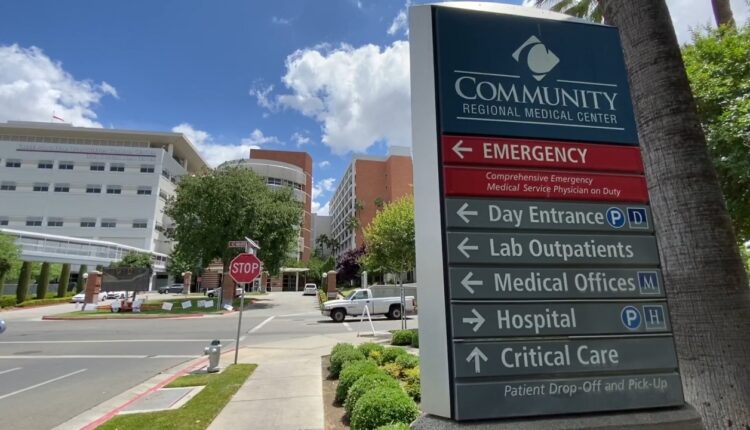 Fresno, Calif. (KSEE/KGPE) – Fresno City Council member Miguel Arias is calling for a state audit after an investigation by the Fresno Bee alleged that Community Medical Centers used state and federal money intended to serve low-income patients to fund the expansion of their Clovis hospital .

He’s calling for an audit following a two-year-long investigation by the Bee highlighted millions of dollars that were initially slated for CRMC in downtown Fresno, were redirected to their hospital in Clovis.

“If their claim is that they’ve done everything right then publish their board minutes, your board agendas, publish your financials, demonstrate to us that the expansion of a billion dollars and a redirection of a billion dollars into a Clovis medical facility has resulted in more uninsured in Fresno, and more homeless in Fresno being served in that facility, the balls in their court,” Arias said.

In a press conference, Arias said CRMC in downtown Fresno is falling behind when it comes to building standards, is old and aging, and isn’t growing to keep up with demand.

Arias also claimed the hospital in downtown Fresno isn’t ready to get in line with changing earthquake building codes, and instead of using the money to get up to date, they’ve diverted the money to expand their Clovis location instead.

Arias added this is leaving the uninsured with substandard care. He adds many of the improvements in Clovis aren’t serving those in need in Fresno.

“There’s no way for the uninsured who don’t have a vehicle to show up to Clovis emergency room for health care,” he added.

Officials from the Community Medical Center completely deny these claims. They said their downtown location is growing, and it is one of the largest in the state with 685 beds. They added since 2007 they’ve added 285 beds to the hospital in Fresno. They add in a statement from Michelle Von Tersch, their senior vice president of Communications and Legislative Affairs,

“CRMC’s facilities are in excellent condition, meeting all currently applicable standards, including seismic standards. Any suggestion to the contrary is false. We have a responsibility to our region to provide care to everyone who needs us regardless of their ability to pay or where they live.”

Hospitals in the state of California have until 2030 to be in line with the new seismic building code standards.