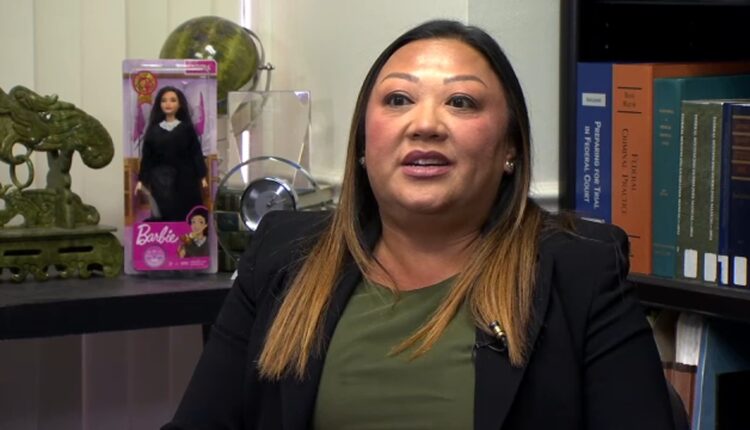 The 42-year-old will be sworn into the Fresno County Superior Court bench October 4th.

It has been a very emotional week for Lor and her family.

“I have cried and cried and cried, to tell you the truth. It’s just so significant for me and the community because I think it sends a message of being inclusive and also of just being accepted,” she says.

Lor’s parents immigrated from Laos in the 70s. The family lived in Iowa and Wisconsin before settling in Fresno.

“I don’t think I can ever say enough about their sacrifices. Education was always number one in our house,” she says.

Lor has been practicing law since 2009. She believes her experience and free legal assistance she has offered in underserved neighborhoods helped her land a spot on the bench.

“I think that I’ve been doing a lot of community service work through the years. That’s part of who I am and my passion is giving back to others so I think that was part of the consideration,” Lor says.

Lor helped residents win a settlement against the owner of the Summerset Village apartments based on claims of unsafe living conditions.

“It was the most rewarding experience for me. Some of those individuals were my aunties,” Lor says.

A friend gave her a Barbie judge figurine for good luck during the application process.

Pahoua Lor has several cases to finish up before she becomes a Superior Court judge.

Lor will fill the void left behind by retiring Judge Hilary Chttick.

It is a special relationship.

Pahoua Lor says Judge Chittick once saw her preparing for the bar exam and said she’ll do fine.

Then a few years ago, Chittick encouraged Lor to apply for the judge’s position she will vacate in September.

Sacramento Fire wants you to know about apartment fire safety

Sacramento settles with parents of Stephon Clark for $1.7 million