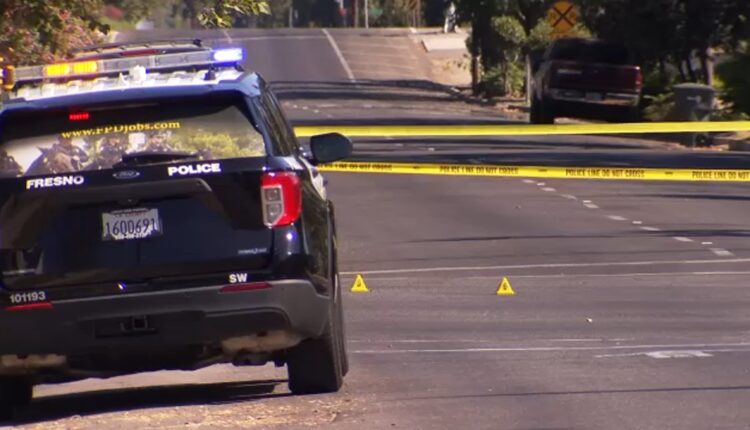 Fresno, Calif. (KFSN) — Fresno police have launched a citywide operation in response to a recent spike in violent crime.

This comes as the investigation into a deadly shooting in central Fresno on Saturday continues.

Police were called to Clinton and Maroa after a ShotSpotter notification and several 911 calls of shots fired in the area just before 3:30 Saturday morning.

Officers located a car crash with a gunshot victim in the car. He was pronounced dead by EMS.

A woman was also in the car. She wasn’t shot but was taken to Community Regional Medical Center for injuries related to the collision.

No shooter description is available at this time.

This is the 36th homicide this year in the City of Fresno.

Fresno police said on Sunday morning they have launched a city-wide operation to curb the surge in violent crime.

“We want to let the citizens know that we take this very seriously. We do not want to see anymore of these violent crimes and have these types of senseless shootings and affect not only the victims but family members and friends that are left behind,” said Lt. Larry Bowlan.

The special operation is comprised of the gang unit, traffic and several motors officers as well as newly formed district safety teams.

The enhanced patrols will continue at least through Sunday night.