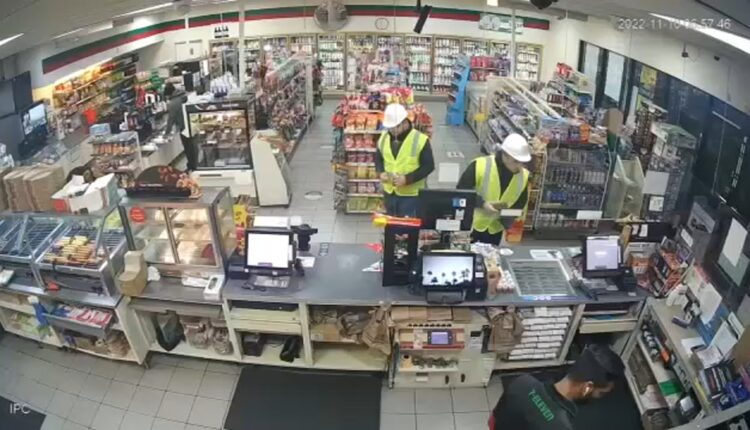 FRESNO, Calif. (KFSN) — Timestamped just before 7 am on November 10, surveillance video shows in less than four minutes, two suspected thieves walked into the 7-Eleven on Ashlan and Marks in central Fresno.

“As you can see in the video, they’re super friendly, they look approachable, they look like hard-working, honest people,” says Felipe Uribe with Fresno Police. “That’s what they want you to think.”

While the first man to enter the store served as a distraction, the second placed a card skimmer on one of the point of sale devices.

Fresno Police are now releasing the video hoping the public can help them identify the two men.

“They’ve probably done it before and they’re going to continue to do it,” Uribe said. “Somebody must have seen them in another store. The hope is that if somebody else or another store reports it, we can start tracing their steps.”

There are more than a dozen cameras in and outside of the building.

7-Eleven’s corporate offices won’t allow an on-camera interview, but the owner says he believes the suspects parked elsewhere as they weren’t seen getting into a car.

He adds he was already in the process of ordering a new card machine as the tap-to-pay function wasn’t working.

When he noticed his personal tamper seal was missing, just hours after the men had arrived, he knew to call the police.

So can you spot the difference between the real deal and a card skimmer?

“You won’t know just by looking at it,” Uribe said. “You have to touch it, you have to pull on it a little bit. It almost feels like a cell phone case on top of it.”

Police say this type of crime is on the rise, so it’s important to stay vigilant. They suggest touching or pulling on the point of sale device.

If at a gas station or bank, try to make transactions indoors.

If outside of business hours, use pumps or ATMs closest to the building as security cameras can see them better.