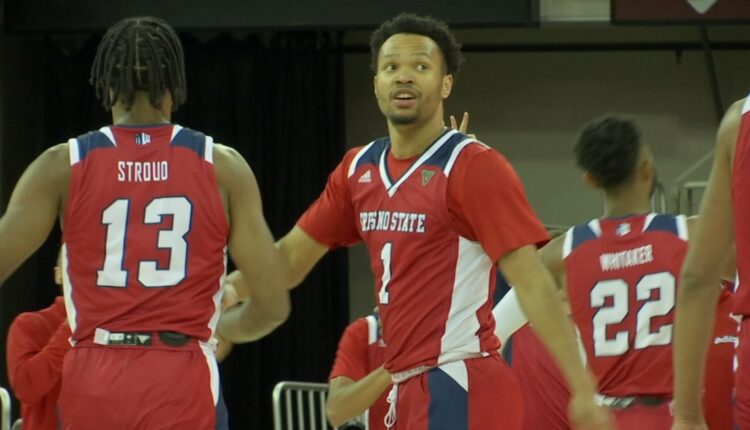 Fresno, Calif. (KFSN) — Exactly two weeks before the Fresno State men’s basketball team hit the hardwood, the Bulldogs learned where they stood in the eyes of media members in the Mountain West.

FS was picked to finish 7th out of 11 teams in the conference.

Preseason No. 19 San Diego State was picked to win the MW while Wyoming, Boise State and Colorado State rounded out the top four, all coming off trips to the NCAA Tournament.

The Bulldogs are faced with a few questions entering the season, namely how to replace their leading scorer Orlando Robinson, who departed for the Miami Heat.

“Playing with O for sure made the game a lot easier, creating double teams and creating closeouts for guys, but I think it also gives guys more confidence this year relying on their game,” said senior guard Jordan Campbell.

“Jemarl has progressed off-season,” said head coach Justin Hutson. “He played five games. If he’d have played a little bit more, I think we could’ve been in the NCAA Tournament. We just want it for him first, for us second. We’re a close second and everybody in this program, but for him first. He deserves it.”

FS returns four starters from last season, a 23-13 season that was capped by winning The Basketball Classic.

“You can just see it carrying over,” Baker said. “We’ve been having a lot of energy in practice. Everybody enjoys playing with each other. From this point on, we just have to keep building off how we ended last year and adjust the goal to the NCAA Tournament instead of the tournament we were in the last time.”

Joining the returning cast are four newcomers expected to have an immediate impact. Eduardo Andre, Chuks Isitua, and Isaih Moore transferred in to help pick up production in the frontcourt.

Freshman guard Joseph Hunter, a four-star recruit out of San Joaquin Memorial High School, is expected to fill a role right away. He was named Preseason Mountain West Men’s Basketball Freshman of the Year.

Hunter is the first Bulldog ever to receive the honor. He won two CIF section championships with the Panthers and set a program record scoring 54 points in a game, breaking a 50-year school record previously held by Roscoe Pondexter.

The ‘Dogs open the season with an exhibition on November 2nd against Stanislaus State before its season opener on November 7th against Fresno Pacific.