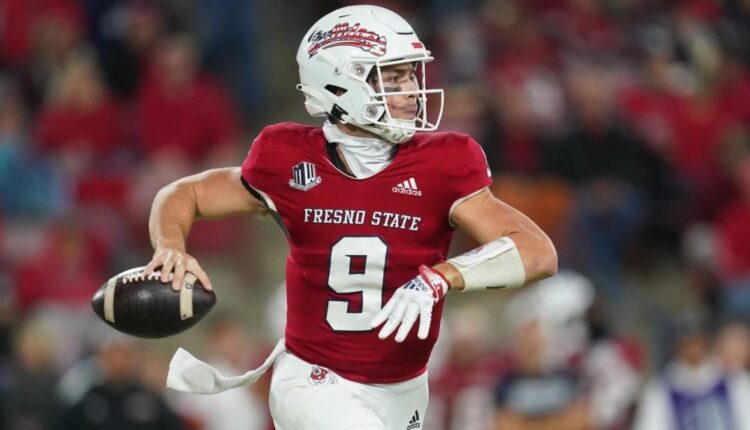 The Fresno State Bulldogs will try to continue their dominance over the UNLV Rebels when the teams meet in a Mountain West Conference game on Friday at Allegiant Stadium in Las Vegas. The Bulldogs won the last four matchups against the Rebels. The average score over those four games was 46-22. Fresno State last lost to UNLV in October 2017, losing 26-16. The Bulldogs (5-4, 4-1 in MWC) enter this season’s game tied atop the West Division. The Rebels (4-5, 2-3), who have lost four in a row, are in fourth place.

Kickoff is 10:30 pm ET on CBS Sports Network. The Bulldogs are 9.5-point favorites in the latest Fresno State vs. UNLV odds from Caesars Sportsbook, while the over/under for total points scored is 60.5. Before locking in any UNLV vs. Fresno State picks, you need to see the college football predictions and betting advice from the SportsLine Projection Model.

The SportsLine Projection Model simulates every FBS college football game 10,000 times. Over the past six-plus years, the proprietary computer model has generated a stunning profit of almost $3,000 for $100 players on its top-rated college football picks against the spread. Anyone who has followed the model has seen huge returns.

Now the model has dialed in on Fresno State vs. UNLV and just revealed its coveted picks and predictions. You can head to SportsLine now to see all of the model’s CFB picks. Now, here are the college football odds and betting lines for UNLV vs. Fresno State:

Why Fresno State can cover

Quarterback Jake Haener is coming off his best game of the season. In last week’s 55-13 victory over Hawaii, the sixth-year senior completed 24-of-29 passes for 327 yards and a season-high four touchdowns while not throwing an interception. For his efforts he was named the Mountain West Offensive Player of the Week.

In addition, Fresno State is one of the most disciplined teams in college football. The Bulldogs rank ninth in the country in penalties per game (4.2) and 14th in penalty yards per game (39.3). Last week the team was penalized only once, the third game this season in which Fresno committed only one penalty.

Why UNLV can cover

In addition, UNLV has a tackling machine in Austin Ajiake. A 6-foot-2, 230-pound senior, Ajiake ranks second in the conference and eighth in the FBS in tackles per game (10.7). He also ranks second on the team in sacks (4.5).

How to make Fresno State vs. UNLV picks

SportsLine’s model is leaning under on the point total, projecting the teams to combine for 58 points. It also has an against-the-spread pick that cashes in well over 50% of simulations. You can only see the model’s UNLV vs. Fresno State pick at SportsLine.

So who wins Fresno State vs. UNLV? And which side is covering well over 50% of the time? Visit SportsLine now to see which side of the UNLV vs. Fresno State spread to jump on, all from the advanced model that is up almost $3,000 on top-rated picks the last six years, and find out.