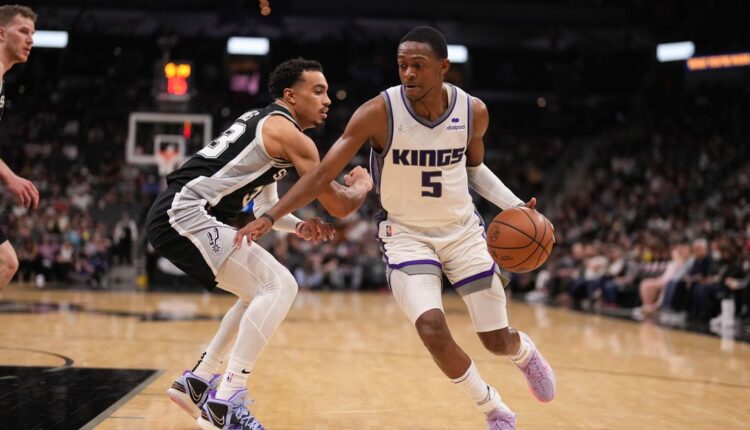 The San Antonio Spurs are fresh off a blowout at the hands of the Golden State Warriors in front of a record-setting crowd of 68,323 screaming fans in their highly-anticipated Alamodome homecoming on Friday night. They must now put that loss in the rearview mirror as they return to the familiar confines of the AT&T Center for a date with the Sacramento Kings.

Head Coach Gregg Popovich has tried his best to instill a solid foundation in his young roster, and tonight could provide another learning experience for a squad that struggles to defend. De’Aaron Fox and Domantas Sabonis spearhead one of the most effective offenses in basketball, and the Silver and Black will have to pay close attention to detail to keep pace.

What To Watch For

The Game Thread will be up this evening for those who want to chat through the game. You can also follow along with the action on PtR’s Twitter feed.